Gaming has never been more popular. More and more people are heading online to challenge their reflexes, their friends, and to fight in the wide variety of incredibly detailed online worlds that are being created.

One of the best things about this meteoric rise in popularity is that, with more money, gaming companies can innovate like never before. Computer processors and computing power are just one example of this. The processors used in modern gaming laptops are more powerful than ever, allowing people to game on the go.

No longer are the PC master race in charge. No longer do you need a hyper powered quantum cooled l337 desktop to play the newest games.

What Is A Processor?

At the heart of every computer is your CPU or Central Processing Unit. This component is the big kahuna, the brains behind the magic.

Your computer processor is responsible for making thousands upon thousands of tiny decisions or processes every single second. This controls what all of your PC's other components do and how they react with each other.

A good computer processor is like a good captain. It can make quick decisions that keep all of the other components running smoothly. The smarter the captain, the better the ship runs. A good processor will allow your gaming laptop to run smoothly.

To measure how strong your computer processor is, there is a range of different markers that we look at. The first is the clock speed.

Clock speed is the way that we measure how quickly your processor can interpret and process instructions. The higher the clock speed, the better your processor is at doing this.

Clock speed is measured in GHz. Every GHz is 1000 decisions made in a single second—the higher this number, the better the clock speeds.

Way back in the early days of computers, every processor had one single core. This meant that the processor could only work on a single task at a time.

You can even get 8 core processors at the top end, and some industrial processors can even have up to 18 cores. These are usually specially designed intel core i9 chips or core i7 chips, designed with hyperthreading, a complicated innovation that massively increases processing power.

Hyper threading essentially allows cores to be split into virtual-cores. This could allow an 8 core processor to act like a 16 core processor, for example. The power consumption for these kinds of processors usually means that they are only really suitable for a desktop computer setup or virtual reality.

Check out our article on core speed here:

What is a Good Processor Speed for Gaming?

In order to decide what processor speed is right for you, you will need to consider the following.

What Gaming Do You Intend To Do?

Firstly, you need to think about the type of gaming that you intend to do. When it comes to processors, you can spend a lot or a little, depending on their ability.

If you intend to play AAA+ games with high spec demands, you should be looking for a processor that can handle it. The best way to figure this out is to look at the newest high-end games on the market. They will always come with a minimum and a recommended spec list.

If you look at the games you want to play, then you should be able to figure out what processor will be able to handle your needs.

Quad-core gaming processors are usually in the mid-range when it comes to price and will suit most gamers. 6 or 8 core processors are great for those that game heavily or dip into high-end VR tech on their laptops.

3.5GHz to 4.0GHz is a good processor speed to use as a benchmark. This will allow you to play all modern games on high settings as long as your other parts are up to scratch.

The arms race for processor speed innovation has always been fought between the two tech giants Intel and AMD.

The race has been tight for many years, and both options have their own merits and downsides.

For those that have a good level of computer component knowledge, AMD usually offers lower CPU prices. They are powerful and can be overclocked to an extremely high level.

Intel processors are the best option for those that have little experience. They are a lot more simple, are incredibly well made, and come with a lot more support and ease of use than an AMD processor. 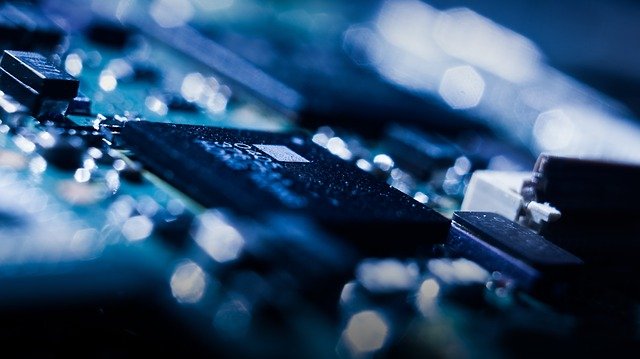 Good processor speed is not the only thing you are going to need to enjoy high-end laptop gaming. While your processor is the most important, it cannot run games independently and will need help with the important tasks and processing.

Here are the other important parts you need to consider as well as processor speed for optimum performance while playing games.

Your RAM is the biggest supporting player in your gaming rig. Utilizing the same flash memory as an SSD, your RAM is responsible for saving little cheat sheets of data. Every single time your Central Processing Unit finishes its tasks, your RAM saves data on how it did so. Your processor can then access the cheat sheets stored in your RAM to perform the task better next time.

A strong level of RAM, 8GB minimum 16GB Recommended, will allow your computer to run smoothly without straining the CPU too hard.

Your GPU or Graphics Processing Unit, lovingly referred to by gamers as the graphics card, is the part responsible for turning data into the visual display on your screen.

For gamers, your graphics card is integral to your laptop. Without it, you cannot play any games. A poor GPU will slow down your tasks, make loading screens agony, and will even bottleneck your CPU, making it work 10,20, maybe even 30% less efficiently.

One final way to get the best performance and speeds from your laptop is to make sure your storage system is the newer SSD format, not the older, much slower hard drive format.

When you are loading your laptop games from your storage device, an SSD transfers data at speeds many times faster than a traditional hard drive. This can reduce loading times and help your games run smoother.

When you want a higher level of computing power, you need to make sure your storage is quick enough to keep up. If you have a lower power system, installing an SSD can massively improve performance.

When playing online games, internet speed is just as important as computing power. If possible, plug your laptop in via ethernet cable.

Where do I find processor speed on laptop?

Your processor speed can be found via two methods. The first method is to check the box that the laptop came in. The specs are usually written across the front. If you no longer have the box, follow these steps.

First, open the control panel on your computer. To do this, click the box at the bottom left of your screen and type Control Panel.

Next, go to System and Security. Once you are their click “System”. This will open a box with all of your computer’s parts and specs. The processor speed is marked next to “Processor” In GHz.

How can I improve a laptops processor speed?

If your laptop is a year old or more, you can often obtain huge improvements in processor speed simply by cleaning out the dust fans and heat syncs. To do this, buy a compressed air cleaner, they only cost a dollar and can be found at any computer shop. Use this can to spray air into the fan vents and use a new toothbrush to clean out as much gunk as you can.

If you want a more serious approach, you could look into overclocking. Overclocking is when you remove the restrictions on hardware that come as standard from the manufacturer. Most parts are capped at 70-80% from the factory.

Overclocking is not something you should attempt without proper research. The wrong move could lead to the death of your laptop so make sure you follow a good guide.

Overclock.Net is the best resource for overclocking enthusiasts on the internet, making it the perfect place to start.

Making sure you have a high-speed processor inside your laptop is the first step when looking for a gaming laptop. It is the most important component when it comes to computing performance.

Remember computing performance requires a high level of synergy between all of the parts inside your laptop, so do your research to make sure you have enough RAM and a strong enough GPU to support your CPU.

By following the tips in this article, you will be on the battlefield in no time.