High school is an interesting period in your life. This is the time when your abilities flourish and you can try out many new hobbies.

A few of these hobbies may certainly involve using a good computer.

Besides that, it is also the time when school work heavily relies on creative arts. Your school subjects may even involve learning about newer software and digital skills.

Thus, a good computer for high school is the one that would not hinder the ability of your high schooler to learn and discover new skills.

In this article we will have a look at the some of the best computers for high school students that can facilitate your learning process.

Note, here will only talk about DESKTOPs, if you want to learn about the best LAPTOPs for high school students, visit this page.

What Features to Look for?

When looking for the best computers for high school students, you can go about it in two ways:

If you want a computer that is decent enough for all kinds of high school coursework in your period from 9th to 12th grade, then you don’t need an expensive PC.

All you need is an up to date PC that is capable of handling multitasking, word processing, research work, and occasional use of software with relative ease.

As such, here we would recommend that you aim for at least an Intel Core i3 from the 8th or 9th generation. You can also go for the AMD equivalent from the AMD Ryzen 2 and Ryzen 3 series.

You can also look into computers with Intel Pentium processors. These are cheaper and should be able to handle all sort of high school work, especially the Intel Pentium G series.

However, we would recommend that you stay away from Intel Celeron or Intel Atom series.

If you are a skillful and a creative high school student with a knack for exploring all kinds of newer software out there, then you need a fairly powerful PC.

Of course, by “powerful PC” we  DO NOT mean that you invest in a high end system with an Intel Core i7 processor since they are expensive and not viable for high schoolers.

However, we do recommend that you look in to Core i5 processors preferably with a dedicated graphics card.

A Note on Desktop Vs Laptops for High School Students

Laptops certainly have their advantage: they are mobile so you can work on them from anywhere.

However, in comparison to desktops, they also have a fair share of disadvantages.

For starters, laptops are expensive if you compare them with a desktop of the same category.

Secondly, their hardware is less powerful (again if you compare in the same price range).

The desktop-based variant is 40% better in performance. On top of that, a desktop featuring a Core i5-8400 would be priced almost the same, if not cheaper, than a laptop with Core i5-8250U.

List of Best Computers for High School Students in 2021

We have selected the following desktops as the top options in this category.

If you want to save up as much as you can, then we recommend this as one of the best computers for high school students.

For starters, know that this is not the cheapest PC in the market. There most certainly are cheaper still PC that offer Core i3 processors from older generation or offer weaker processors from the Intel Pentium or Intel Celeron series.

This, however, offers the latest Intel Core i3-9100 from the 9th generation. This is not a weak processor at all. In fact, it should last for your entire period in high school fairly easily.

It is quite capable for handling not just your average school work, but also much more.

Besides a decent processor, one of the best features it offers is the 512 GB SSD drive.

If you are not aware of different storage technologies, SSDs are far superior than conventional HDDs. They are faster and thus ensure a smoother performance across the board.

Furthermore, this PC offers a decent 8 GB of DDR4 RAM that is more than enough for the heaviest multitasking requirements.

Finally, it comes equipped with all sorts of peripherals including keyboard, mouse, WiFi, optical drive and plethora of connectivity options.

Unfortunately, since this is not an AIO PC, you will have to invest in a monitor and a webcam separately.

Next up we have another system from Acer. What separates this from the rest in this list is that it is an All in One (AIO) PC instead of a standalone desktop.

AIO have their pros and cons. The pros are obvious. They are a complete package and thus come with a monitor, keyboard, mouse, webcam, WiFi etc.

Furthermore, they are compact and easier to carry around since the hardware is located WITHIN the monitor chassis.

On the downside though, the hardware featured in AIO PCs is generally weaker as compared to an average standalone PC.

Take this Acer Aspire C24-865-ACi5NT as an example. Despite the fact that it boasts an Intel Core i5-8250U processor, its performance is even weaker than even the Intel Core i3-8100 desktop based processor. 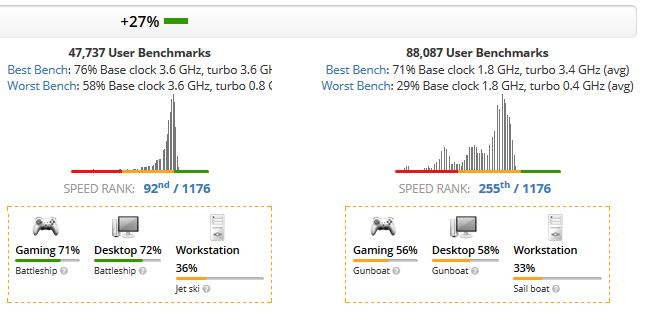 Why? Well that is because the Intel Core i5-8250U is a low power mobile based processor that has a very low TDP. It is designed to be heat efficient and therefore has a slower clock speed.

However, as a high school student, you should not be put off by that fact since in the end, this a highly respectable processor. It should handle your high school work like charm.

Besides a decent processor, this AIO PC offers a high 12 GB of DDR4 RAM and an ample 1 TB of HDD storage capacity.

Due to its overall value and form factor, this is certainly one of the best computers for high school students and it has thus won favorable reviews from its customers

Next we have a computer that has the same form factor as the Acer Aspire TC-885-UA91 above.

However, what separates this PC is the more powerful hardware configuration.

Instead of offering an Intel Core i3 processor, this PC offers the powerful desktop based Intel Core i5-9400 hexa core processor. On top of that it offers 12 GB of DDR4 RAM and a decent 512 GB of SSD.

As you can see, this is a fairly powerful system. It is certainly more powerful than what a high schooler would need for average school work.

So who is it for?

This computer is basically for high school students who love to explore new digital hobbies.

As we mentioned earlier, high school is a time of creativity. If your creativity revolves around exploring new and demanding software like Adobe Photoshop, After Effects, etc then you need a computer that is capable.

Basically, this is one of the best computers for high school students who aspire to further their prowess in the digital space. 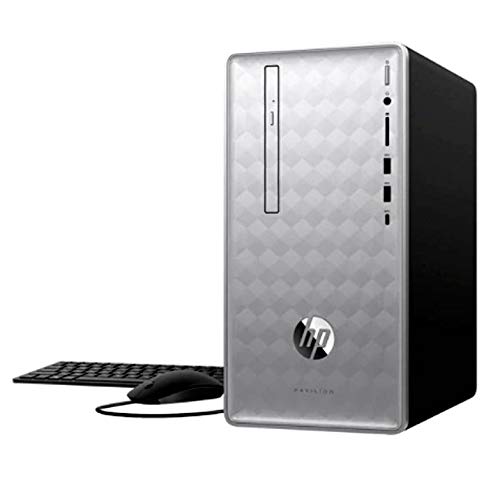 This configuration offers a powerful desktop with a mid range dedicated graphics card.

It offers a respectable Intel Core i5-8400 processor along with 8 GB of RAM and 1 TB of HDD.

What separates this PC from the ones mentioned above is the inclusion of a dedicated graphics card.

This PC offers the NVIDIA GTX 1050. This is noway near the top of the line graphics card, however, it is an essential ingredient for most software that require 3D rendering and modeling.

If you are a high school student learning software like Autodesk 3D Studio Max, game designing etc, then having a dedicated graphics card is a must.

Plus, you can even game on this PC. While it won’t play the latest gaming titles at high graphics, you should be able to enjoy all games at medium graphics.

Basically, this is one of the best computer for high school students who deal with somewhat more advanced hobbies.

Finally we have the most powerful PC and also the most expensive one in this list.

This is a gaming PC from all angles. If you aren’t aware already, even a budget gaming PC is far more advanced than a high end conventional PC.

As such, this is a PC that would appeal to a very small fraction of the high school students.

This will appeal to either gamers, or those who work on software on a professional level.

For starters, this PC does not have mundane looks like we saw on the options above. This is far more lively. It has RGB lights, glass panel chassis as well as color accents all over the place.

This is something that would appeal to gamers and enthusiasts.

In addition to the looks, it also offers a highly specialized hardware.

Speaking of which, this gaming PC offers the NVIDIA GTX 1660 dedicated graphic card which in terms of performance lies somewhere in between GTX 1060ti and GTX 1070.

The graphics card has a whopping 6GB of VRAM and thus should be able to handle large textures not just on gaming but also on software.

Here are the benchmark results for this PC. 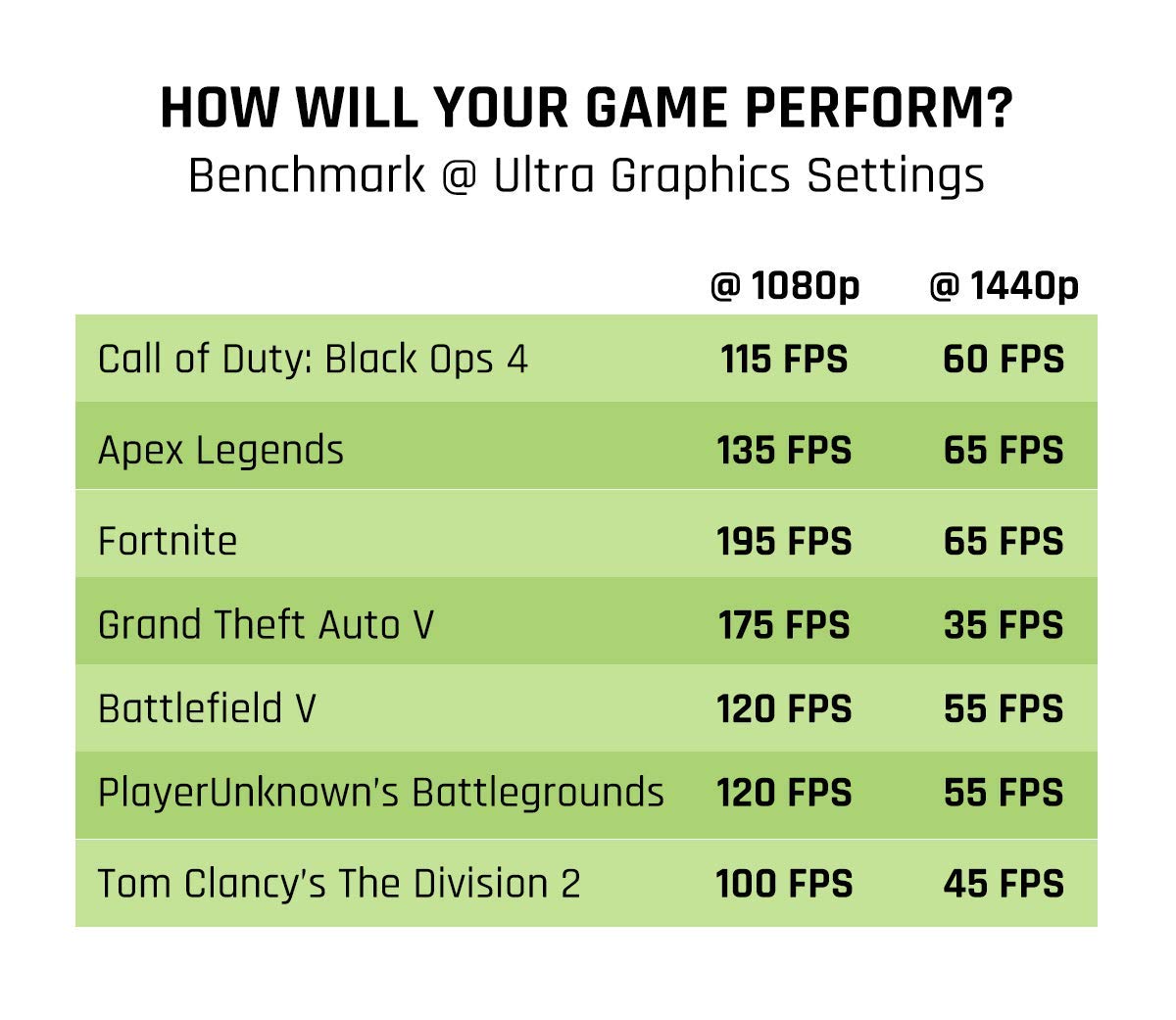 The system also comes equipped with a gaming keyboard as well as a gaming mouse with 4000 DPI optical sensor.

In the end, this is an expensive PC however, it is one of the best computers for high school students who are gamers, enthusiasts or all out software protégé.

In this article we had a look at the some of the best computers for high school students currently on the market. In addition to that, we also looked at what features to look for in a computer in this category.

Again, here we only talked about the desktops. If you are interested in laptops, visit this page.

In short, a good high school computer would facilitate the high schooler not just in schoolwork but would also enable them to expand on their digital hobbies.

High school is a time of learning great new abilities, skills and exploring new hobbies. While some pickup sports, others may pickup designing, editing, programming etc.

If you fall in the later category, then you need a robust computer. However, if you just want a computer that is sufficient for the coursework in your entire high school period, then you don’t need to invest in a high end PC at all.