Computers have come a long way. When they were first introduced, they were bulky with monstrous designs. As technology advances, these heavy machines become more compact, transforming them into portable, ubiquitous devices known as laptops.

Laptops have evolved into high-performing, advanced machines capable of handling almost anything you throw at them. Thanks to the continued technology evolution, we now have a variety of laptops at our disposal.

What Exactly Is A Laptop? (Overview + Pros & Cons)

Laptops are compact and portable personal computing devices that have been used for many years now. It is an accessible version of a computer, where all of its components--display, keyboard, trackpad, CPU, and other accessories-- are brought together into one machine.

When laptops are not in use, it transforms into a rectangular-shaped device easily carried around.

With laptops, you can do almost all tasks you can do with a computer. However, because of their size, there are still some limitations to them. 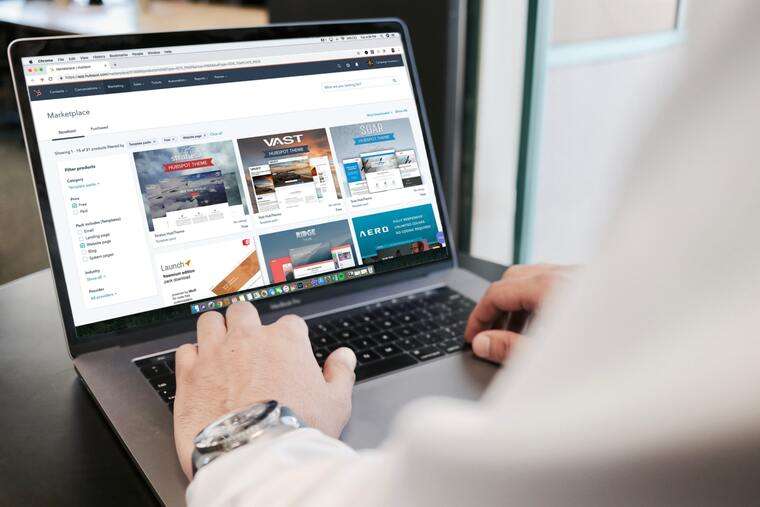 What Exactly Is An Ultrabook? (Overview + Pros & Cons)

Ultrabooks are also portable computing devices and are known as a newer breed of laptops. The term Ultrabook was first popularized towards the end of 2011 when Intel wanted to differentiate modern, thinner, and faster laptops from those that came before them.

While laptops have evolved and become more compact, Ultrabooks are designed to take it further by combining the most advanced technology into impressively thin and lightweight casings.

For a laptop to be an Ultrabook, it should be incredibly thin, under 1-inch thick. Before 2011, thin laptops were available, but there were a lot of sacrifices to be made to achieve this size.

Intel envisioned Ultrabooks to have all the features in regular laptops but in a slender and light body. Advances in technology have pushed Ultrabooks to become even thinner in recent years without sacrificing any power. 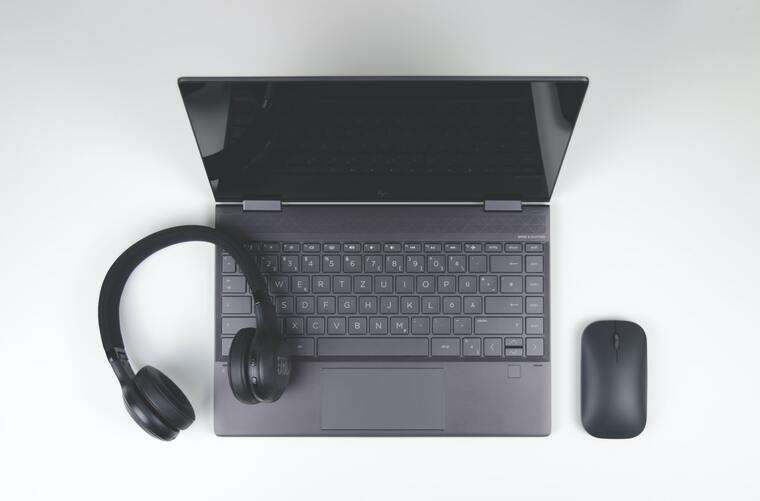 Ultrabook Vs Laptop: Key Differences Explained For All Users

Many people are still confused between Ultrabooks and laptops, and some use these terms interchangeably. We have listed the differences between the two below, so you can easily distinguish them apart.

As we’ve already established, Ultrabooks are much thinner when compared to regular laptops. According to a standard set by Intel, an Ultrabook with a 13.3” display should have a thickness of less than 20mm, and if it has a touchscreen, the thickness should not be more than 23mm.

Ultrabooks are available between 11″ to 15.6″, weighing less than 1.5KGs. While nothing is imposing with the materials used for their cases or build quality, Ultrabooks usually have impressive looks and high-quality finishing. In fact, you can find premium materials such as carbon fiberglass and aluminum, which can usually only be found in high-end laptops.

Laptops, on the other hand, come in a variety of screen sizes and weights. A regular 15.6” laptop weighs around 2 KGs, depending on the model and brand. You can find laptops in varying screen sizes, ranging from 13″ to 20″.

Unlike Ultrabooks, they don’t follow specific standards for weight and thickness, so their weight can be anything. Some gaming laptops can weigh as much as 8KGs. Their design can also vary, and usually, it depends on the manufacturer.

Winner: Ultrabook. Their sleek and luxurious design is a timeless classic.

Unfortunately, comparing the hardware and performance of Ultrabooks and laptops is complicated. This is because many Ultrabooks are out there, and many laptop manufacturers are putting out devices with similar specs for almost the same price.

Ultrabooks should have ultra-low-voltage (ULV) Intel processors, with at least 8GB of RAM installed for it to be called an Ultrabook, but that's just really what it is with this type of laptop.

Other parts, such as hard drive, sound card, or GPU, depend on what the manufacturer would like to add. This means that Ultrabooks can have SSD storage, good GPU, and excellent sound like any regular laptop. So the hardware isn’t really different when it comes to these two laptops.

Both Ultrabooks and laptops come with a wide range of specs, and the type of hardware specs you get with yours comes down to what you need, your budget, your intended use.

Winner: Tie. They can both provide the same performance and hardware.

While these displays aren’t exactly made for streaming or photo work, they can perform adequately during these tasks. Unlike some laptops with displays made explicitly for specific functions like gaming and video editing, Ultrabooks don’t have those.

However, their display may not be the best, but it's definitely not the worst and can get the job done when needed, so there’s no sacrifice in the area.

Laptops, on the other hand, may have displays specifically designed for tasks like the high end 4k display. The lower-end ones may look lousy and strain your eyes though. Unfortunately, this means that they’re not as consistent as Ultrabooks and depends on the brand and model you’ll get.

Winner: We’ll give this round to Ultrabooks since they’re pretty consistent when it comes to display.

According to Intel, all Ultrabooks must have at least 9+ hours of idle time, six hours of video watching/heavy web browsing, and seven days of idle standby time. The critical component that makes ultrabooks “ultra” is their battery lives, which is when directly compared with laptops, they can outlast them by two to five times longer.

The broader type of laptops doesn’t follow any requirements for their battery life. This is one of the reasons why laptop batteries sometimes die so fast. Almost every laptop using a power-hungry Intel Core i7 will only last for four hours or less on a single charge, while some models can last for 16 hours, outwearing Ultrabooks.

Basically, the battery life of laptops can vary depending on the brand and manufacturer and how you intend to use the device.

Winner: Ultrabooks, thanks to Intel’s requirement.

Most Ultrabooks use SSD storage or a combination of SSD and HDD. SSDs are used for various reasons, such as faster boot time and their durability compared to HDD storage. However, since they mostly used SSD, don’t expect generous storage like with 1TB or 500GB laptops.

In most cases, they only offer 256GB or 128GB. But since there are many removable storage options, having a low internal memory won’t be too much of a hassle.

Many regular laptops still use HDD as their storage. This is because laptops should have the inherent capability of storing large files. However, some modern models are using SSD storage meant to enhance performance.

Winner: Tie. Even if Ultrabooks have SSD, they often come in smaller sizes, which means that you may need extra storage.

Laptop these days usually start at $200 to a few thousand dollars, depending on the specification.

There are cheaper Ultrabooks that sell for $400 or so, but if you’re buying a low-end Ultrabook, we suggest getting a regular laptop with better specifications at almost the same price. But if you’d like to enjoy the premium features of Ultrabooks, it is best to get the high-end ones, especially if you can afford them.

In general, Ultrabooks are much more expensive than laptops with identical specs, and that’s normal. This is because of their features, such as a slim body, long battery life, and many more.

Ultrabooks may be high-performing, but they aren’t designed for gaming. Some laptops are built explicitly for gaming, with GPUs dedicated to handling a variety of modern games. This means that gaming laptops are more expensive. They are also bulkier, making them hard to transport. But if you’re only using it at home, then the size and weight wouldn’t be too much of an issue.

Depending on what your work is, both laptops and Ultrabooks can be a good choice. For example, if you’re only using your computer for simple tasks such as office apps and surfing the internet, Ultrabooks are a better choice.

This is because they are more compact, so you can easily bring them to your office and home. However, if your work requires you to run heavy programs, you’ll need a high-performing laptop dedicated to handling these tasks.

Winner:  Tie. This depends on what work you do.

If you only need a laptop to handle simple tasks, such as research, an Ultrabook may be a better choice because of its size and weight.

With all the books and other things you carry, adding extra load may wear you out. But if you’re running heavy programs in school, then you might want to check out other laptops like these Lenovo models.

Winner: Ultrabook. Portability wins this round. 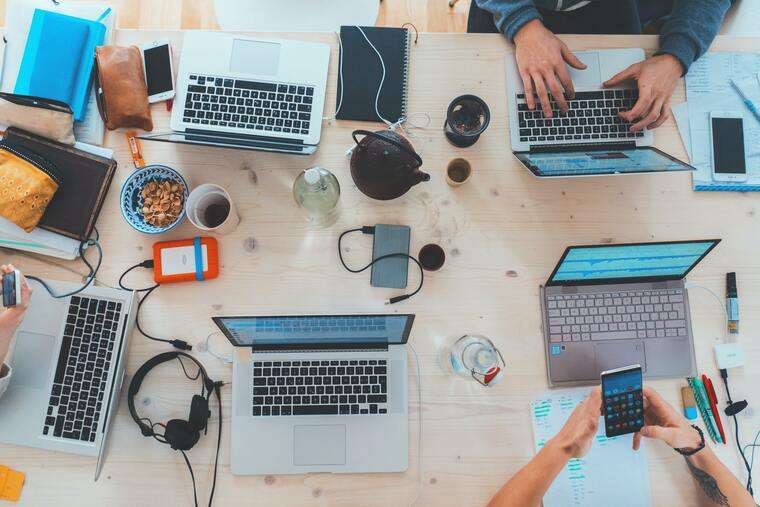 How long do Ultrabooks last?

Ultrabooks can last up to 5 to 7 years, depending on how you use and take care of them. However, if you’re not too careful, it may only last for 2 years. That’s why you need to properly maintain and take care of it.

How does a netbook differ from a laptop and an Ultrabook?

Netbooks often have a much slower processor compared to laptops and Ultrabooks. They are also usually smaller and cheaper compared to the two computers.

How does a Chromebook differ from a laptop and an Ultrabook?

Their key difference is their operating systems. Chromebooks run on Chrome OS, while laptops and Ultrabooks usually run on Windows OS.

Related: iPads Vs Chromebooks For School

Which is better for programming, an Ultrabook or laptop?

Both are good for programming, but you might want to look at a regular laptop because they offer more storage compared to most Ultrabooks.

Laptops come in a much more variety than Ultrabooks, giving you more options to choose which is perfect for your needs. However, Ultrabooks follow a strict standard by Intel, giving them premium features that not many laptops have.

Therefore, when choosing between the two, you need to understand what exactly you need from your device, and of course, your budget.