If you have spent enough time researching printers then chances are you have come across either the term ‘multifunction’ (aka AIO) or ‘single-function’ (aka standalone).

While the names seem to give a clue as to the capabilities of each type of device, there is more that you should know about these two categories.

We will try to demystify these terms and explain more about what each of these categories entails, how they function as well as their advantages and disadvantages.

Let us first talk about the multifunction printers. 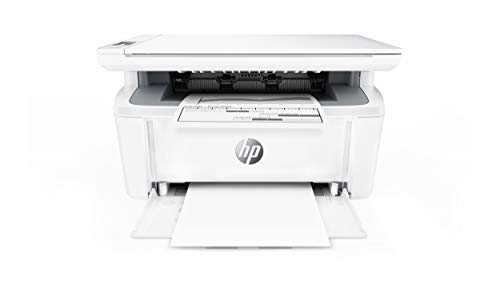 What is a Multifunction Printer?

As the name suggests, a multifunction printer (also known as an All-in-one) is a kind of printer that offers more features besides basic printing.

To explain further, a multifunction printer will offer features such as scanning and photocopying and more sophisticated ones also include fax.

By combining all these services into one package, you get a device that can serve several different purposes and still be economical to use, easy to purchase and equally easy to set up.

Advantages of a Multipurpose Printers

Multipurpose printers have been designed to solve some problems and they do this by leveraging the fact that they can play different roles.

A typical example would be that from one device, you can scan a document and save it on your computer. Later when you need to, you can fax a document to a colleague.

Likewise, you can make copies of important documents to share and print out some soft copies from your computer. All this from just one device.

What this means is that by having just one device that performs all your needed tasks, you don’t need to switch locations when you want to print a document and then move to a different desk when you want to perform scans. This, of course, can result in more productivity especially for busy people.

As you can see, the costs will continue to stack up until you realize that it had been cheaper all along to have a single device that can do all those functions instead of buying several standalone devices.

Just as with saving on cost, having a single device that can perform several different functions will be friendlier on your floorspace than having three separate devices.

With a space-saving device, you also get to benefit from much less clutter than you will have to deal with if you had several devices around with their cables crisscrossing around the room.

With a multifunction device, you get to minimize the space used by equipment leaving more room to move freely.

4. You Get to Save on Power Consumption

Besides space and cost, multifunction printers come with the added benefit that you can save on power usage. Consider plugging three or four separate devices into an electrical outlet and plugging just one. With several different types of equipment, you may encounter some additional power costs.

Just as they are good, multifunction printers also suffer from some drawbacks. 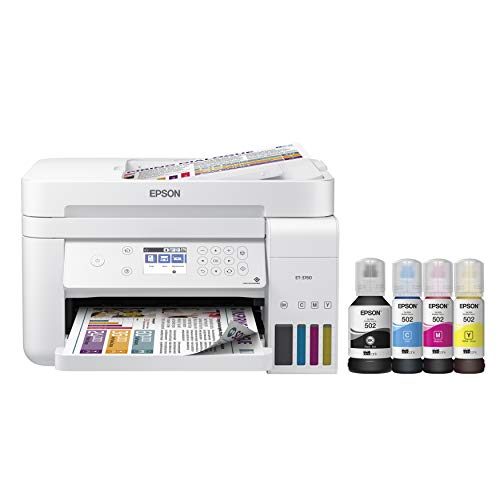 Certain few multifunction printers offer supertank with CISS system. These printers have large ink tank reservoirs that offer the capacity to print thousands of pages on a single refill.

On top of that, their refill costs a mere fraction of what an ink cartridge would cost on a typical printer.

As such, they have an operating cost in the figures of 0.3 cents for color and less than 0.10 cents for color. This makes them highly useful for high volume printing needs.

These printers are ONLY available in the multi function. You cannot find a printer with CISS system on a single function (unless you install it yourself).

1. Total Loss in Case of Failure

Since all functions are integrated into one device if the machine itself fails then you lose everything. For example, if a power surge fries your printer, you will no longer have a copier or a scanner. Everything will be gone.

With a single function printer, upgrades can be made as simply as replacing the old device with a new one. The same is not possible for a multifunction device. It is not possible to upgrade just the printer. You would be required to replace the entire device which in effect may mean getting a new copier, scanner or even fax.

As such, if you do not like the scanner quality or the fax capability, then you will basically have to get an entirely new device as replacement. 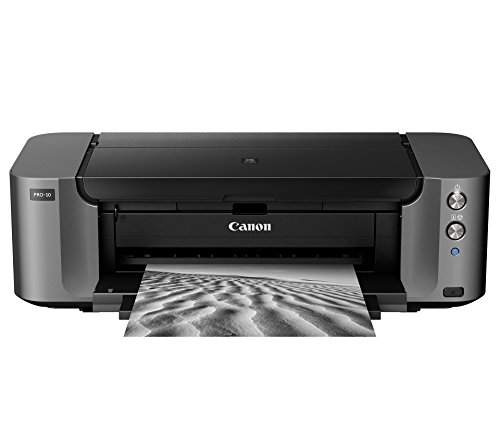 What is a Single Function Printer?

With a multifunction printer, you may sometimes compromise a little when it comes to performance to get the extra features; unless of course, you opt for a more expensive AIO. However, a single function printer can give you great output consistently at a fraction of the cost of an AIO. This can save you some money if you do not need the extra features.

Advantages of a Single Function Printers

1. Pay for What You Need

When you buy a multifunction printer, you essentially pay for the device itself and all the features that it comes with. Well, what if you don’t need to copy or fax?

With a dedicated single-function printer, you pay for the function you need. There’s no need to spend extra cash on features that you’ll hardly ever use when you can get a simple device that serves you just right.

2. You Get Excellent Prints

What this means is that you end up cutting some corners during manufacture to accommodate the features resulting in a device that despite being good enough is no match for a single function printer.

Related: How to Improve Printing Quality

For example, if you are looking for a printer with certain type of ink i.e pigment over dye based inks, or a printer that can print on cardstock, then you will probably go for a single function printer.

Specialized printers can get pretty expensive.

Disadvantages of a Single Function Printers

With a single function printer, there’s a limited number of things you can do. This is however not the case with a multifunction device.

If a user needs to do something else like scan then a separate device would be needed and this becomes inefficient with large and mixed workloads.

The problem of high cost begins to be evident when you find yourself having to buy other devices so that you can make use of features that your single function printer cannot offer.

When you look at it, having several standalone devices can cost a lot more than having a single multifunction device.

3. Not Suitable for Offices

Single function printers are not suitable for busy offices. Since they are limited in their features, they do not cater to all the work tasks performed in a typical office environment.

With a multifunction printer, you get the benefits of enjoying several other features from the same device. This can boost efficiency but can also result in extra costs and sometimes you may not even need all the features.

While a single function printer can be a bit of a problem at times, especially when you need to do more than just print, we see that it offers advantages of its own and can be much faster and more precise than a multifunction printer.

Both products are good and how you choose a printer should be based not just on the cost of the product, but also on the features you are using currently or expect to use in the future.