If you are looking to improve your laptop's performance, one of the most effective methods can be to boost graphical performance while gaming.

Laptops do not have a large PSU power supply like a desktop computer. Power is allocated to the parts by your laptop, and this can mean that some of the more powerful components can run underpowered.

In this guide, we are going to show you how to undervolt your CPU & GPU.

Undervolting is when you apply a program that decreases the voltage that your parts are using. By using special algorithms, this can conserve electrical voltage. This massively lowers the heat that the components put out, allowing them to run more efficiently.

Undervolting is only useful on items that utilize power management like laptops and mobiles. There is no point doing it on a desktop as there will be ample power from the mains. 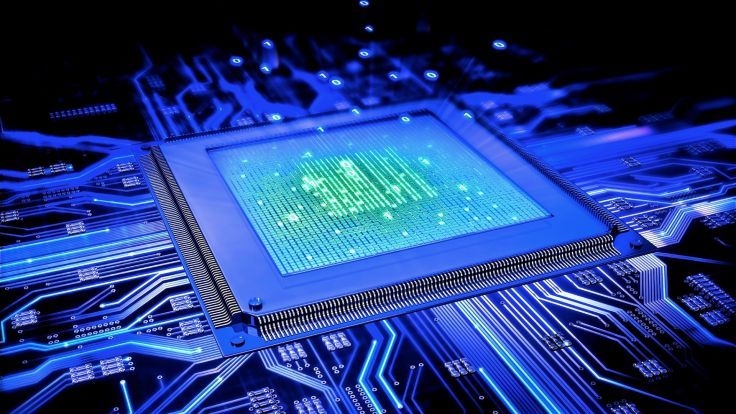 Benefits Of Undervolting The GPU + CPU

It might seem counterintuitive, but undervolting your CPU Core or Nvidia GPU will not cause a drop in performance. When laptops feel like they are running slower than they should, it is because of something called thermal throttling.

Thermal throttling happens when your CPU or GPU reaches a temperature that is deemed as potentially harmful to your computer. When this happens, your computer has a fail-safe that drops the performance in order for the temperature to cool down.

Often, we do not realize this is happening because we are not doing demanding tasks. When we try to play games or do some photo editing, our laptops suddenly get slow and sluggish. This is because of thermal throttling, and it can be a nightmare to deal with, especially for gamers.

When you are playing competitive games like League of Legends, the highest demand comes during the most crucial parts of the game when both teams are in the same location. This requires a lot more processing power from the CPU and the graphics card, leading to throttling. This can drop frame rates or even crash the game, causing you no end of stress.

By applying an undervolt, you will avoid throttling, and you will most likely notice a drop in frame rates too.

CPU Undervolting also gives you a boost in battery life. A good undervolt could see your battery life rise as much as 20%.

Undervolting Vs. Underclocking: What Is The Difference?

Underclocking is the opposite of overclocking and is the act of lowering your GPU's core clock speed. Undervolting is lowering the voltage of the GPU.

Underclocking will result in a decrease in performance, whereas an undervolt will not.

Many online guides suggest doing both, but we highly recommend you start with an undervolt and leave the underclocking out.

How To Undervolt Your CPU For Better Battery Life And Performance

We prefer to use Throttlestop to undervolt our computers so in this guide will be using their software. You can download the software here.

If you want to undervolt your Nvidia card, you will need to make sure it is 10 series or above. If not, you will not see the menu items that we will be talking about in this guide.

Undervolting a GPU has a lot more variability in it too. Your card might be different from another card, even if they are the same make and model. This is due to the quality of the silicon chips that you use.

Other Tips For Increasing CPU And GPU Performance

While undervolting is a very effective way of increasing your CPU and GPU performance, there are many other ways to get a boost. Here are some simple tips and tricks to maximize your laptop.

If you are the type of person to press "Postpone" on all of your updates, this could be an easy fix for you. Simply update all of your drivers, especially the ones that control your graphics card and CPU. By upgrading these drivers, you should get an immediate boost in performance.

Overclocking is the act of removing the factory safety settings from your card and installing more efficient settings to the BIOS. This needs to be done precisely as a bad overclock can ruin performance and your parts.

MSI Afterburner and ASUS Armory both have an instant overclock button that will apply a safe overclock to your system that will be well within safe limits. This can be a great way for people to enjoy the benefits of an overclock without having to learn the detailed steps for making one yourself.

This can be a great way to boost performance and will allow you to buy bigger, beefier desktop GPUs that wouldn't fit inside a standard laptop.

Upgrade To An SSD

A solid-state drive is much more effective when it comes to storage and data transfer speeds. If you load your BIOS and games onto the one, you will be able to open them much quicker, spend less time at the loading screen and be able to transfer data at much faster rates.

If your laptop has the old HDD system installed, this can be a great way to boost performance without breaking the bank.

Your RAM or Random Access Memory is the key supporting player in any gaming rig. This device stores little cheat sheets of data for your other components, particularly the GPU and CPU. This helps them work more efficiently and takes some of the strain off, leading to lower temperatures and a smoother gaming experience, as well as a faster core clock speed.

By upgrading your RAM, you can effectively boost your laptop's efficiency for a very low cost.

If your laptop is running hot after a few years of use, an easy way to fix this is to remove the old thermal paste and install new liquid metal or high-quality paste in its place. This is a great way to increase core clock speed.

Can I Undervolt Any Laptop?

You can undervolt most laptops (not just cheap gaming laptops), including Alienware, Dell, and Razer models.

As long as they have a Ryzen, AMD, or Intel core, you should be able to install an undervolt.

Undervolting your CPU or GPU is a great way to ensure that your laptop can run optimally under stress. While it may seem complicated, the steps are simple. By following our guides, you will have better FPS and a smoother experience overall, as well as a prolonged laptop lifespan.