For those of you who have grown up through the digital revolution, you probably have boxes upon boxes of old photos and potentially old 8mm film. These films probably have some of your fondest memories on them. Perhaps your wedding day or the first steps taken by your kids.

Unfortunately, 8mm film is seriously outdated. If you showed one to one of your kids, they probably wouldn't even know what it is. What's worse, you probably don't even have the equipment to replay and re-watch the content, so it just sits in the attic gathering dust, slowly degrading.

Fortunately, there are modern methods and even film scanners designed to help you. This article is going to explain the different techniques that you can use to do this. By following our guide, you will have digital copies of all those old 8mm film rolls knocking around. This means your memories can be treasured forever.

1 - Record Your 8mm Films as They Play

The first method is by far the easiest and also the cheapest. You simply record them playing. For this to work, you will need to have a device capable of playing your film; if you do not, head to method 2.

Once you have located your film and the projector to play it, simply play the film through your projector. Then you will film them playing using a modern smartphone camera. This will give you a video with the same quality as an old bootlegged movie, but you own the property, making it legal.

This method is very low cost and easy to do, but the recording will most likely be low quality for several reasons.

The first reason is to do with frame rates. Modern cameras record at a rate of 24-30 frames per second. Old 8mm film usually runs at 16 FPS. When you record this, you might get a slightly jagged effect.

This way will also limit how much you can enhance or restore the images in editing. You will not be able to take these videos to a professional. A professional service will do a much better job, but we will explain that later in the article.

The final problem you might have is if your 8mm film has shrunk or degraded over the years. If this has happened, you could have issues fitting it into your projector. This may lead to you ripping the tape as you slot it in.

This method is best used for tapes you don't care too much about. If the recordings are sentimental in value, use another method.

The second method is similar to the first but uses a specially built projector mounted camcorder. By connecting a device like the MovieStuff Sniper Pro, you remove all of the shakings. These devices match their frame-rate to your projector, which stops the jittery effect that happens with different frame rate playback speeds.

This also stops the typical graininess that is very common with 8mm when you transfer it to digital. This is a very old format, so you won't be able to remove it altogether, but these modified camcorders do a much better job than using a standard smartphone camera.

This method is still risky for damaging your film, though, so again, if you are sentimental about the content, you should look at other ways.

The method for this is exactly the same as the first method, and you load up your videos, play them on the projector, connect your modified camcorder, and record as you play.

This is the first method that we would class as more advanced. It isn't exceptionally difficult, but it is more technical than the first two. You are going to need to have a little bit of experience using cameras for it to work optimally.

Scanning individual frames with a DSLR camera means you can record the images in a much higher resolution. This means the end result will have a lot more detail with a lot less graininess. You will also get a clearer image as you will not have to deal with projector light leaks.

If you do not have the funds for a professional restore service, but you have a good camera and know how to use the technology, this is one of the best methods to get a good quality result for little cost. Again, you still have the risk of damaging your film, so it's not a perfect method.

You will also need to have access to a DSLR camera which can be a lot more expensive than any restoration service. If you don't already have one, this may not be the method for you unless you were planning to buy a camera anyway for other reasons.

Here are the steps you will need to take:

Our fourth method is for those that are not as comfortable with older technology. This method requires you to purchase a transfer-machine. These are similar to the machines used by professionals, but they have a much lower price tag and less quality. You will get full HD 1080p as standard in most of these machines.

One of the most attractive points to this method is that these machines are fully self-contained. This means you don't need all of the older techs like a projector. If you have lots of 8mm film but no projector, this is the method you will probably want to use. They are usually pretty easy to use and self-explanatory. You put your film into the device and turn them on, and they start converting your data.

The main problem you might face with this method is that most of them have a capped fps of 20. 8mm film was almost always filmed at 16 FPS, and super 8 was shot at 18 FPS. This means that the video will run a little bit too fast when you replay it. This is worse on 8mm film than super 8.

This is a small price to pay for such an effective and easy conversion, but if you want the real deal, you might want to consider our 5th method.

If you are going to use one of these machines, we recommend that you do some small test runs with a film that you care little about. Keep running these tests until the video is good enough for you and you are familiar with the method.

To get the best possible result from these machines, you should look at buying one of premium quality. Lower quality machines produce poor videos and aren’t worth the money. What's worse, they may damage your films, deleting the videos forever.

5 - Pay for a Professional

The most effective way to get the highest quality videos with the lowest possible risk is to use a professional restoration service for your 8mm film and home movies.

Although this is costly, you will not have to buy any fancy technology, and you won't have to worry about the film being damaged. You will also get videos that are of a much higher quality compared to any other method we have listed. 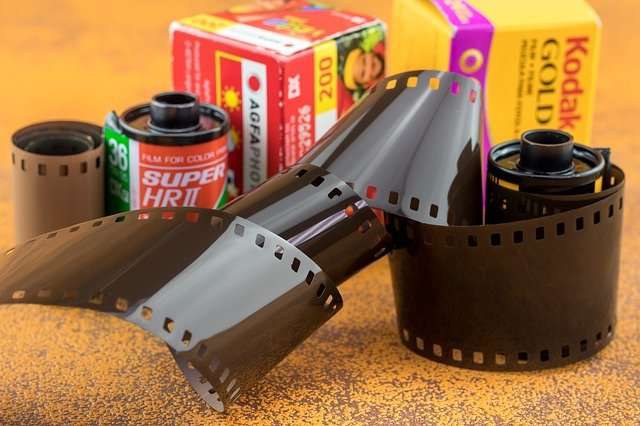 Professional services will usually offer full 4k scanning and can convert 8mm into high-quality formats. They will probably look better than they did when you first filmed them.

You should consider how much 8mm film you need to convert. If you have hundreds, you might be better off figuring out a method that you can do yourself or prepare for a hefty bill.

If your films are in bad condition, there may be added cost attached for restoring them or converting them using safer methods.

If in doubt, call ahead and ask for some advice. 8mm film is notoriously fragile and tricky to restore, and a little preparation will ensure that you don't lose your precious memories forever. 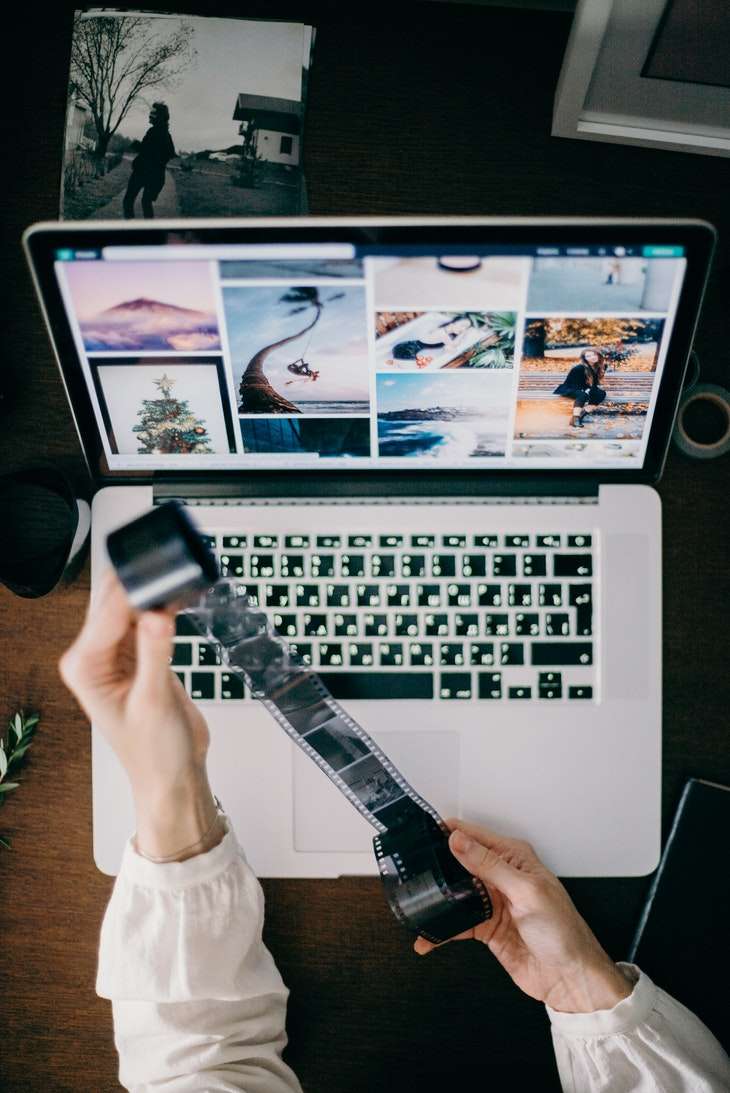 There are a lot of new modern storage devices that can be used to store digital files. You might use a DVD or BluRay disc or a USB-Flash Memory Stick. These are great ways to store your files in a physical way. You can keep them safe in the same way you kept all that 8mm film safe for decades.

DVD formatting is slowly being phased out, so you may run into the same problem you ran into with 8mm film if you pick that option.

BluRay is a little less risky but will still be phased out eventually.

The best physical storage is the memory stick. Saving your data on a stick will give you the most future-proofing and take up the least space. Memory sticks are also easier to access as you can plug one into any computer to view your files.

If you have a very large collection, you should store them on an external SSD. These devices have vast amounts of storage, and they also transfer data at the highest speed, which will definitely come in handy for speeding up your transfer speeds.

The final storage method for your 8mm film that we will talk about is cloud storage. This is best paired with a physical 8mm film storage solution. Cloud storage is online, which means that you don't need a physical storage device to access them, simply the internet. This has its own problems and merits and should not be used as the sole storage method.

How do I convert 8mm tapes to DVD at home?

The best way to do this is to buy a transfer machine and use it to convert 8mm film into digital format, then burn it onto a disk.

Yes, Costco offers a professional service for converting your old 8mm film into digital format. You can then buy them in the form of a DVD.

How do I convert 8mm tapes to DVD without a camcorder?

The best method is to use a transfer machine or utilize the services of a professional.

It can be stressful trying to preserve those old memories and movies. Luckily, there is a method that you can use for almost any budget. This means you can turn your memories into digital formats and treasure them for many years to come without having to worry about them degrading.

Remember, when in doubt, give a professional a call. Even if you do not intend to use their services, most of them will be willing to advise you on the best course of action for you to take.