If you're in the market for a new laptop, you might wonder how much power it's going to use. The more energy and longer it takes to charge costs you money, so it's understandable to have some concerns.

To help you make the best decision for a new laptop, we're going to go over some key things to know about how many watts a laptop uses.

What Is A Watt?

A watt (W) is a unit of measurement used in reference to electrical systems that chart the amount of energy flow. In other words, a watt measures how much energy is generated and consumed by a device. For example, a 60-W lightbulb uses 60-watts of energy per second.

For example, that 60-watt lightbulb uses 0.06 kWh. To get the kWh for any of your devices, including your laptop, take the number of watts and divide by 1000. The result is your kWh, and you can use this number to estimate the amount the device might cost you in the long run.

There are a few things to keep in mind about laptops that will affect their power consumption, including their internal and external parts, as well as your own behavior.

How fast your laptop charges and how long it takes to get full is obviously going to influence how many watts it uses. Your laptop's power adaptor lists the number of watts it consumes under its specifications, so make note of this before you decide to purchase a computer if you're concerned about how much it's going to cost you on your electric bill.

For example, the Acer Predator Helios 300, one of the most popular gaming laptops available, has a 180W power adaptor. That means that it uses 180W per hour or 0.18 kWh.

The Central Processing Unit (CPU) is the brain of your laptop, and everyone knows the brain is the most powerful muscle of the body. The CPU runs the show, directing the rest of the parts to do their job.

As such, you can expect that the more powerful CPU, the more watts your laptop will use. For example, an amazing gaming CPU like the AMD Ryzen 9 5900X consumes more than a standard PC CPU like the Core i5 series.

However, many CPUs have technology that offsets the amount of power they use, so keep an eye out for high-tech brands with newer capabilities.

Your graphics card is what determines the quality of the image produced on-screen. For a good computer, a quality graphics card will run whatever you need without consuming too much power.

However, gaming graphics cards use more significantly more watts than your average laptop might. If the image is very high-resolution or the game's graphics pull way more from the graphics card, the power consumption will increase.

Also, if you're running a game that goes beyond your computer's graphics capabilities, the whole machine is going to start working harder. If you want to keep your wattage down, play games within your laptop's acceptable performance.

One of the most important factors when it comes to watt usage is your laptop's screen size. The bigger the screen is, the more power it's going to use. For example, a 13.5" screen will use less power than a 15" screen, in most cases.

However, it could be that a smaller screen uses more watts than a larger one, especially when the brightness settings are higher or the laptop has a higher possible resolution. Always consider what other hardware is going to impact the screen's power consumption, such as the CPU and GPU.

It's quite common to run external hardware through your laptop. For example, you might get a second monitor or a speaker set to enhance your user experience the visual and audio experience your laptop provides.

It's proven that how consistently you charge your laptop, and for how long, affects the battery life in the long term. If you always leave your laptop plugged in, even after it's fully charged, you'll find that the battery capacity is significantly reduced within one or two years.

When your battery doesn't last as long, you'll need to keep it charging more often. That can significantly increase your overall power consumption, leading to even more electricity costs in the long run.

While your laptop's power adaptor specs correctly measure power consumption in the beginning, the worse your battery gets, the more inaccurate this measurement is going to be.

If your power adaptor says 110W, but your battery only lasts a couple of hours, that number can be much higher as it takes more and more power to charge your laptop entirely.

Electric companies charge different amounts per kWh depending on where you live. As such, your electric bill in New Jersey might be different than someone's in Kansas, even if you're using the same laptop.

The average charge per kWh in the United States is about 13.19 cents. For this article, we'll be using 12 cents per kWh as a good benchmark to measure how much a laptop might add to your electric bill every year.

How Many Watts Does a New Apple Mac Use?

Macs are super popular, so it's understandable that you might be in the market for one. However, you might also be concerned about what a new mac's power consumption might be, as you could be trying to save money on your electric bill. 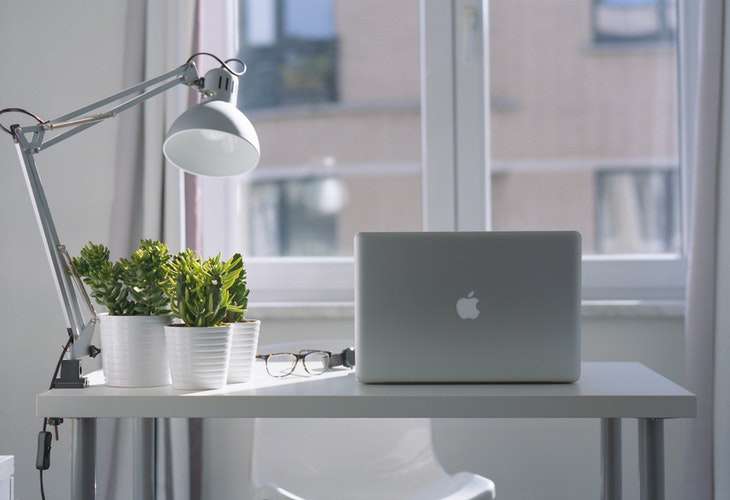 How Many Watts Does a New PC Use?

There are so many brands of PCs that it would be hard to keep track of power consumption by that metric alone. Typically, no matter which brand you're looking at, screen size is the determining factor for PC power consumption.

PC power consumption really depends on which laptop model you're using. Check the power adaptor specs on yours to determine the exact number of watts it uses.

To give you a rough idea, we'll use the Lenovo ThinkPad E590 as an example. This laptop comes with a 65W power adaptor, meaning it uses 65-watts per hour or .65kWh.

How Many Watts Does a Gaming Laptop Use?

If you're a gamer, you know that you can get sucked into your laptop pretty easily. As such, you might have to charge it more often and for longer to keep gaming as much as you want. This can increase the number of watts a gaming laptop will use and how much it's going to add to your electric bill in the future.

However, gaming laptops are fairly special in that they are composed entirely of high-quality hardware. The CPU, GPU, screen, and power adaptor are all tailored for high-performance gaming and use much more power than the average PC as a result. 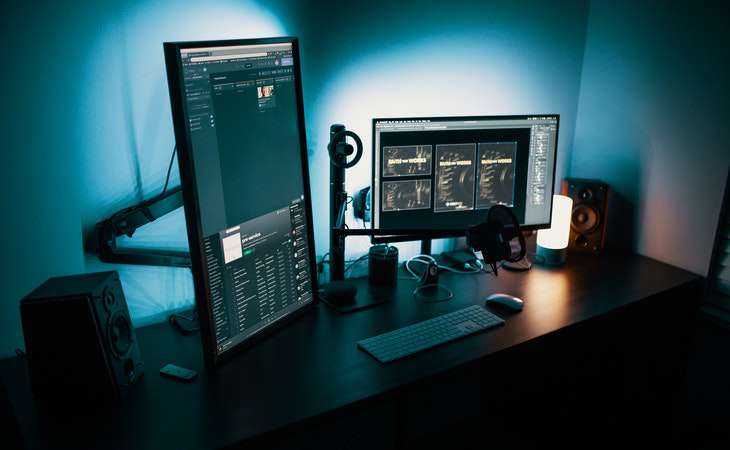 Advances in technology by governments and tech companies consistently break the limits of what we think is possible, including power consumption and battery life. As time goes on, innovations in charging technology will affect how much power your laptop will consume and how much it might cost you over time.

As such, the answers we've given you in this article may not apply to future lines of laptops coming to market. However, if you're looking to buy a new laptop now, it's best to jump for a balance between CPU performance, battery life, and watts consumption if you're concerned about your power bill.

How Many Watts Does a Laptop Charger Use?

The answer to this question will depend on what kind of laptop you're using. Your laptop's charging adaptor typically has the number of watts it uses listed on the box. For example, a standard PC charger might use 65W/.065kWh while a gaming laptop might go all the way up to 180W/.18kWh.

How Many Watts Does a Dell Laptop Use Compared to HP and Asus laptops?

The difference between the number of watts used by Dell, HP, and Asus isn't drastic. In most cases, the laptop's brand (if it is a PC) doesn't matter as much as the size of the screen and the internal hardware. For example, the 15" Dell Inspiron 15 5000 has a 65W adaptor, the same as the Asus Vivobook S15 S533 and HP 15t-dw300.

Yes, in almost all cases, you can use a 95W charger on a 60W laptop. You can typically use a higher-watt charger for a lower-watt laptop, but you cannot do the opposite. For example, a 60W charger won't be able to charge a 95W laptop.

We hope you have a better idea of how many watts your laptop might use and how that can impact your electric bill. In general, gaming laptops will consume more power than the average PC or Mac, generating a higher annual electric bill, especially if you tend to play games all the time.

While your laptop will increase your electric bill, its power consumption is nowhere near the same amount as larger appliances such as a washer/dryer or water heater. However, always keep your laptop's power specs in mind, as you might be able to save some money if you change your charging behavior or update your laptop's components.