Your CPU or Central Processing Unit is the heart of your computer. It runs vast amounts of complex equations every single second. These equations dictate how quickly your computer runs; the more powerful the CPU, the more equations it can complete per second, the faster things happen. Think of your CPU as a brain in machine form.

Because it works so hard, you will probably be wondering how long does a CPU last before it starts to fail? Several different factors can influence the answer:

What Affects The Lifespan Of A CPU?

Companies that manufacture computing parts usually place a limiter on them. This keeps them performing at a lower potential than they are capable of. By keeping the parts running at 60-90% of their full ability, they have a lower chance of failure, which means fewer parts to replace under warranty or complaints.

Overclocking is the act of removing these limiters to boost performance. When done correctly, this can give you an immediate increase in capability. Done wrong, an overclock can reduce the lifespan of your parts dramatically.

If you are going to overclock your machine, make sure you follow strict guidelines and check out any available YouTube tutorials and look for help in the dedicated overclocking Reddit threads.

The biggest problem we face in modern computing is the fact that the more powerful we make our parts, the more heat they give off in exchange. Heat is the biggest killer of parts and the main reason why laptops begin to die besides dust and airflow.

When you overclock your CPU, you are especially susceptible to overheating as your parts are running higher than they were set at the factory. Keep your laptop or PC as cool as possible and out of direct heat or next to radiators to ensure it has the best chance of avoiding problems.

When your CPU was installed, the factory applied a layer of something called thermal paste. This helps dissipate heat from your CPU under high strain. The quality of this paste varies and will normally degrade over time.

When overclocking or after several years when you are no longer under warranty, you might want to consider replacing the thermal paste with a higher quality version or, even better, with liquid metal.

Depending on the spec of your laptop or computer, your CPU may have an integrated CPU fan that activates when the temperature of your CPU rises. Some people install these at a later point as well. If you are planning to overclock your CPU, you should definitely consider a CPU cooler if you haven't already installed one.

CPU failures can also happen when other parts begin to fail. Your motherboard crashing or burning out could lead to your CPU shorting and dying in tandem. Overclocking can also increase the power need of your machine. If you do not ensure your power supply is supplying enough juice, your CPU may struggle under the new overclocked settings and run into failure. 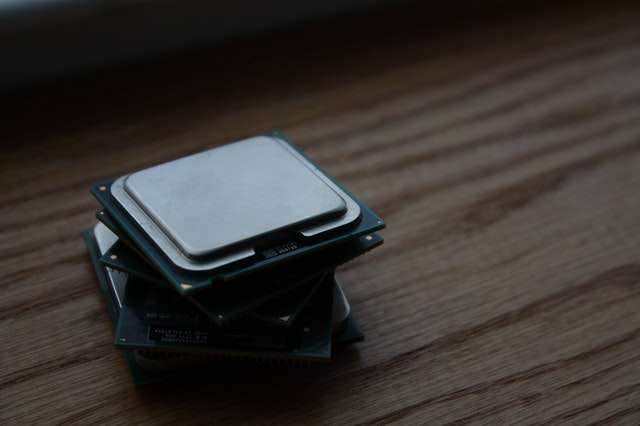 How Long Does A CPU Last? (Lifespan Based On Usage)

The lifespan of your CPU is going to depend heavily on two things, your usage and your attention to maintenance and care.

Firstly, with usage, CPUs that are used in gaming rigs and for cryptocurrency mining will usually run at much higher loads.

This means that even though they can be more expensive and contain higher quality parts, it doesn't necessarily mean that you will gain a longer lifespan from them.

Secondly, your CPU's life will depend on how you care for it. Many make the mistake of paying attention to temperatures and thermals when problems begin.

This is already too late. The best way to ensure your CPU has the longest possible lifespan is to ensure that you keep your rig dust-free and away from direct heat. 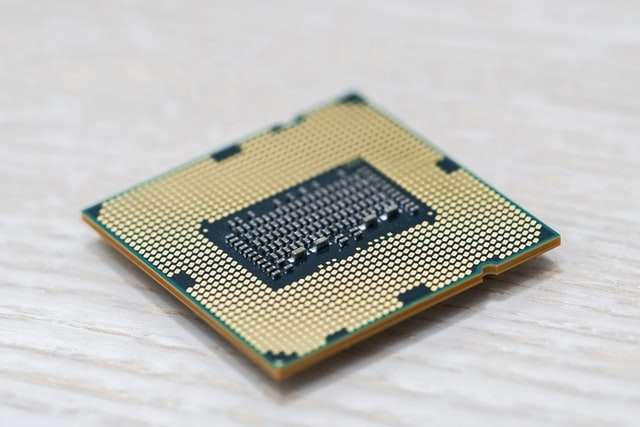 How To Extend The Life Of A CPU (Maintenance Tips)

The first thing to consider if you are thinking about maintaining your CPU is the warranty of your machine. Most new machines and new parts come with a manufacturer’s warranty. During this time, we advise you to send your laptop or computer for repair under warranty instead of the following tips as some of them may void any warranty you have.

If your CPU is out of warranty and you want to ensure it lives as long as possible, thermal paste replacement is a good place to start. Do this at the same time you clean out your system of any dust. The best way to do this is with an aerosol air cleaner which will only cost you a couple of dollars.

For advanced builds, liquid cooling or a CPU water cooler may be installed. These are advanced pieces of cooling tech and will require serious knowledge. If it is your first time installing water cooling, make sure you follow an in-depth guide to the letter or watch a good YouTube video like this one below.

When Should You Upgrade Your CPU? (Is It Worth It?)

Replacing your CPU is a task that needs to be considered carefully. It can be a costly and time-consuming endeavor, and sometimes it just isn't worth the time or the money compared to replacing your rig with a newer up-to-date model.

This is more the case for laptops as they are much trickier to upgrade than a strong home use desktop rig with easy access and lots of space for airflow and cables.

If your CPU is too old, it may simply not function in certain tasks. If this is happening to you, you will need to replace your CPU in order to overcome compatibility issues.

With older parts, there is a higher chance that there may be some security flaws that can be taken advantage of by hackers. A good way to ensure your system is protected from this is to keep your parts and drivers up to date. This prevents hackers from taking advantage of old technology and backdoor flaws where malware can be injected.

Noisy computer fans not only are annoying but also signify a much greater problem. The louder they are, the more strain they are under. If your fans have begun to get progressively worse or have gotten worse overnight, this could indicate that your CPU needs replacing.

When a CPU starts to get old, it begins to degrade, meaning it cannot work to the same efficient level it once did. When this happens, it will try harder to complete the same tasks, which in turn, creates a lot more heat. Replacing your CPU will prevent your fans from turning on during routine tasks like web browsing and watching videos.

If your computer has started to feel slow, with programs taking longer to open than usual, this is a warning sign that things are not right. One of the most common problems for a slower system is when a CPU can not handle the load you are asking it to anymore. This can be due to outdated systems as well as a failing chip. Replacing the parts that are struggling is the easiest way to refresh your system.

Latest Version Of The Operating System

If your operating system has released its most recent version and has a minimum operating requirement that your CPU no longer fits under, you may need to upgrade your CPU or replace your computer to enjoy the new features and benefits that a newer version will allow you.

If you do not want to upgrade your CPU, there are usually workarounds that will enable you to install an older version of your operating system, but this is a complicated procedure and comes with its own risks.

Slow Start Up And Shut Down

Another reason you might consider replacing your CPU is when your computer is taking longer than it used to boot up from sleep or shut down. This can be frustrating for both work and play. One of the biggest causes of slow start-up times is a faulty CPU. Swapping to a better chip can massively boost start-up times and load times in general.

Of course, if your CPU has already failed and you know that that is the cause of your problems, you will want to look into replacing the failed part. 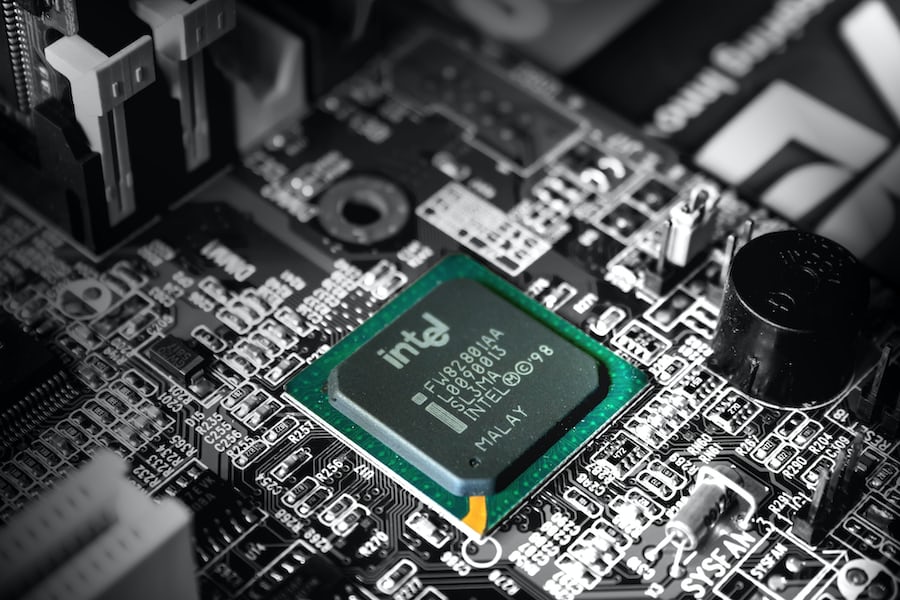 How long do AMD CPUs Last?

This is not a question with an easy answer. AMD CPUs are some of the best on the planet, but their lifespan will depend on how you treat the part, how well you maintain your laptop’s heating systems, and the quality of the original part.

A high-end chip will last longer than a budget one, for example. At a minimum, you should always be able to get at least two years of regular use from any CPU. A good CPU treated well could last much longer, however.

How long do Intel CPUs Last?

Intel is the original king of the CPU. For a long time, they simply couldn't be beaten. Intel chipsets generally cost more than AMD chips do. They are also more user-friendly and bombproof for all but the most intense users.

Current generation Intel chips will last you at least three years before they start to struggle, and even at this point, many users will not find they degrade enough to need replacing until the four-year mark. A strong i9 executive laptop may last even longer, while a less powerful i3 laptop may run into problems slightly sooner.

How long do Ryzen CPUs last?

Ryzen CPUs are AMD’s premium range. This means they are extremely efficient and powerful and will last for at least four years before they need replacing. In addition, these premium chips come with a wealth of innovative cooling technology and design features that will ensure you get the most bang for your buck in terms of future-proofing yourself.

Is it OK to leave your computer on all the time?

Wherever possible, you should always turn off your computer when not in use. Every part inside your computer has a limited life span. By leaving your computer running while not in use, you will slowly drain that lifespan, albeit at a much slower rate than you do while using the PC. This means that you will need to replace your CPU quicker than if you allow your computer to rest in between usage.

Now you know how important your Central Processing Unit is and what a crucial role it plays inside your computer, it should be much easier for you to maintain and protect the future life of your laptop or desktop. You know what to look out for and what to avoid, and you know the signs that indicate that you need to replace your CPU.

Maintenance and due care are your best friends when it comes to squeezing every penny from your parts, so make sure you implement the advice we have given you here as soon as possible.