Laptops have evolved over the years. From simply carrying out simple tasks, they can now be used for heavy games and programs. In addition, these devices can now house sophisticated components which were historically only available on desktop computers.

Finally, since they're more portable, many people now prefer them over PCs. If you are one of them, choosing the right laptop can be challenging, especially since various types of notebooks are available now on the market.

This article will discuss the two most popular types of laptops: gaming vs workstation laptops. Then, we will highlight their key differences to choose which one is perfect for you.

What Exactly Are Gaming Laptops?

As its name implies, gaming laptops are computers designed for playing games. They are specifically built to support games software, especially those that require higher computer specs. These laptops usually feature a strong GPU since many games require an excellent graphic display for better gaming.

High-performing hardware on these laptops can perform processor and graphics card intensive tasks, such as graphic design and high-end games, smoothly and for long periods without breaking. At the same time, they usually have striking chassis designs which appeal to most gamers.

To make the gaming experience even better, these computers are equipped with the latest processors, video cards, and sound cards, supporting partition functions, allowing users to access various programs without compromising the quality of experience. 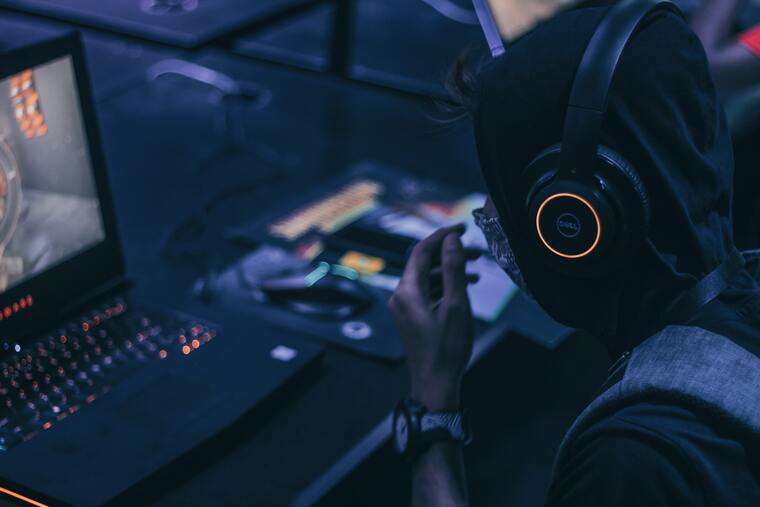 What Exactly Is A Workstation Laptop?

In general, workstation computers are designed to closely achieve the pinnacle of computing performance. They have top-notch performing CPUs and GPUs, allowing them to accomplish heavy-duty tasks. Workstations are desktop computers, and their mobile counterpart is called workstation laptops.

A workstation laptop or mobile workstation is a notebook computer that features high-end components that you can’t usually find in a typical notebook. These components include more powerful processors, faster GPUs, and extra memory, usually in the form of SSD.

This type of laptop is designed to carry out the most complex heavy-duty tasks that need a lot of computing power, such as designing, animation, 3D rendering, cloud computing, AI design, and many more without Thermal Throttling.

Because of their extra features, workstation laptops are heavier than regular laptops. However, for those who require a lot of computing power, these laptops can still offer portability. Mobile workstations are similar in many aspects to a standard desktop computer.

The difference lies in their hardware (GPU and CPU) and where they are used for. In addition, some workstation laptops are more powerful than desktops in terms of computing power. 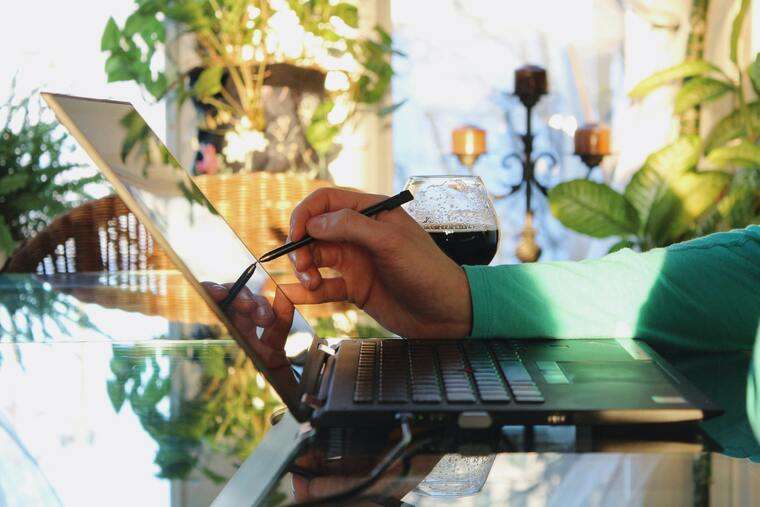 Gaming Vs Workstation Laptop: What Are The Key Differences?

At first glance, gaming and workstation laptops can seem like the same device. This is because both have high-performing components, such as better GPU, CPU, and RAM. However, their difference lies in their purpose. Below are the things that set them apart.

Both gaming laptops and mobile workstations can perform heavy-duty tasks and CPU-intensive programs. However, they’re built to address different purposes: one for gaming and the other for work. While they can both deliver superb performance, their hardware components are distinct:

While they both use high-end processors, their difference is the power of their processors. For example, workstation laptops usually need server-grade processors or processors with 32 cores with higher memory to process heavy volumes of data, such as Intel Xeon or AMD Ryzen Pro processors.

Apart from the number of cores, Intel Xeon processors are different from ordinary Intel i-series processors because they can support ECC memory and hyperthreading. As mentioned, ECC can detect data corruption to allow sensitive processes to continue, while hyperthreading helps you create virtual cores if required.

On the other hand, AMD Ryzen Pro processors for mobile workstations include an added layer of security that can defend your computer from any threats, which keeps data secure.

Generally, workstation CPUs are typically more optimized for parallel processing than gaming. This ensures that programs run faster, reducing the amount of time required to complete a task.

Furthermore, these processors are ideal for computational analysis, complex animation rendering, and working with sensitive data where random errors and security breaches can cause issues. Lastly, since they’re made with reliability in mind, you can use them for more extended periods without crashing.

But if your priority is gaming, or you don’t need a lot of computing power, ordinary high-performance processors such as Intel Core i5, i7, or i9 will work just fine. This is because most game developers create their codes to use 4-6 cores, ECC memory, and hyperthreading. 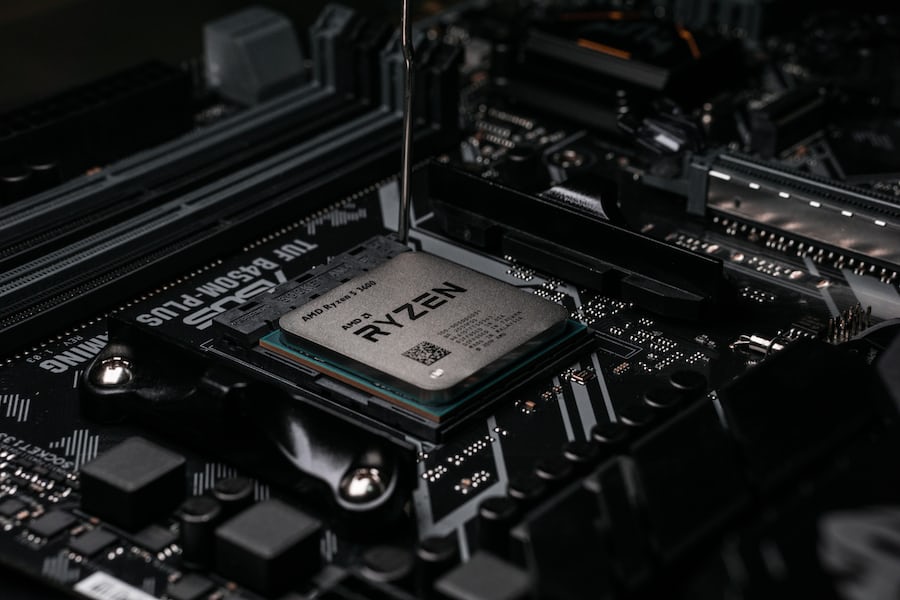 Both laptops have dedicated graphics cards. However, GPUs in gaming laptops are designed for consuming graphics, and workstations are built to create graphics.

While Nvidia GeForce and AMD Radeon graphics cards found in gaming laptops can do basic simulations and 3D Computer-Aided Design (CAD), they are built with gaming in mind. This is why they lack the special drivers and error correction technology found on creator GPUs.

On the other hand, workstation laptops use either Nvidia Quadro or AMD RadeonPro graphics cards designed to handle computationally intensive tasks such as video editing, computer animations, data analysis, and 3D modeling.

In addition, the special drivers enable them to run certain products software, including AutoCAD and ArcGIS, effortlessly. For example, if you need to render graphics using AutoCAD, you will certainly need the extra laptop power. However, because of these extra features, they are more expensive than consumer GPUs. 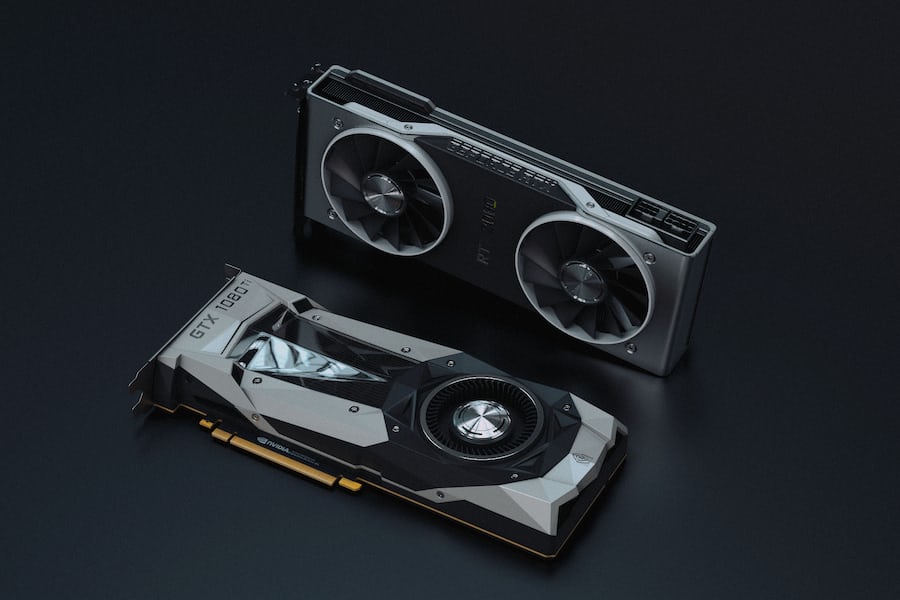 When it comes to RAM, gaming, and workstation, laptops are very different. Gaming laptops come with the standard RAM, while workstation laptops use other processors to support ECC memory.

With ECC memory, you have more stability than regular RAM because it can detect and correct soft memory errors before they can harm your data or crash your system. However, memory errors rarely happen in modern memory chips. So, unless you need to use your laptop for financial and scientific computing, ECC memory is unnecessary.

ECC memory can’t be found in gaming laptops. This is because only server-grade CPUs can handle ECC, and gaming laptops don’t come with them. Lastly, ECC memory is expensive but is 2-3% slower than standard RAM, which isn’t ideal for gaming.

One of the crucial factors that can affect the gaming experience is the display. This is why most gaming laptops have displays with high screen refresh rates (120 Hz and above), compared to most workstation laptops with a regular screen refresh rate of 60 Hz.

However, some low to mid-end gaming laptops’ displays have a normal screen refresh rate of 60 Hz. This is why it can be challenging to differentiate the two kinds of laptops when it comes to display.

There’s not much difference between the storage of gaming and workstation laptops. Both can benefit by pairing SSD to a mechanical hard drive. This is because a boot-drive SSD can do a lot of wonders to your device, especially when it comes to speed. Many people would ignore this, but this can be a good investment for laptops.

For example, gamers can match their 1 TB HDD with a 128 GB SSD for optimal speed. On the other hand, video editors, engineers, and animators who use workstation laptops work with huge files and require ample storage. This is why they can combine a 512 GB SSD with two 1 TB drives to accommodate their storage needs.

Both workstation and gaming laptops come with an expensive price tag. A low-end gaming laptop can cost you around $700, and the higher-end ranges from $2,000 up and can go as high as $8,000, which is the most expensive gaming laptop. Workstation laptops start at $1,500 but can go up to $5,000, depending on the specification and brand.

Both gaming and workstation laptops can be used for business. However, gaming laptops’ design may not be as sleek and professional as a mobile workstation. Apart from that, if your work requires more computing power, then a workstation laptop is a better choice.

You can use both gaming and workstation laptops for school. But if you don’t need to run any heavy programs or CPU-intensive software for your classes, then buying them may be unnecessary, mainly because they cost a lot.

Because of the high-performance components of these two laptops, they’re both excellent for photo editing. However, while gaming laptops can handle some video and photo editing tasks, they may not be powerful enough for 3D rendering and animations.

If you only edit videos and photos as a hobby, gaming computers can be enough. But if it’s for work, you might want to invest in a workstation laptop. 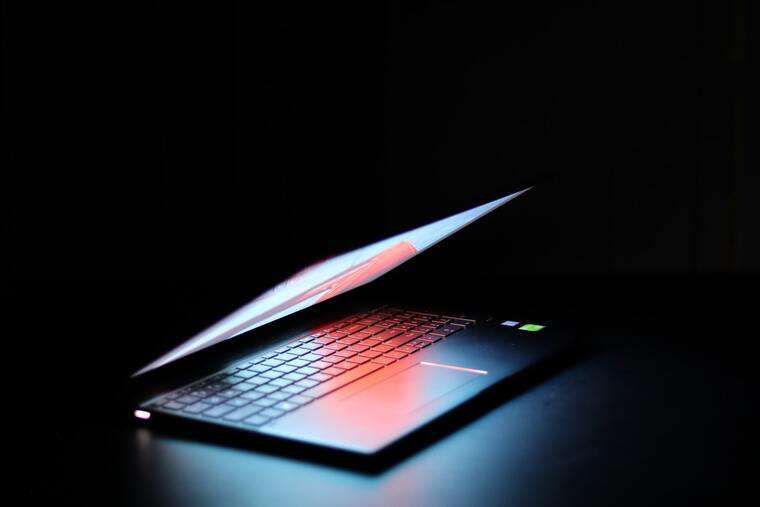 Can I use a gaming laptop for my work?

Yes, you can use a gaming laptop for everyday tasks at work. Since they have powerful hardware, you can run office-related programs faster. However, it is heavier than regular laptops, so this may not be a good option if you constantly travel for work.

Is a MacBook Pro considered a workstation laptop?

While the MacBook Pro offers powerful specs, it's not technically a workstation laptop. However, it can run CPU-intensive programs and was built for professionals. MacBooks typically last a long time as well, which makes them great for everyday use.

What are some of the best brands of gaming laptops?

Many laptop manufacturers have created their own version of gaming laptops, including ASUS, Acer, MSI, Dell, Razer, Lenovo, and Alienware.

What are some of the best brands of work laptops?

Some of the best brands of work laptops are HP, ASUS, Lenovo, Acer, Microsoft Surface, Macbook, Dell, and more.

Gaming laptops are built explicitly for a better gaming experience. On the other hand, workstation laptops are designed to handle tasks that require a lot of computing power, such as AutoCAD and Autodesk Maya.

Before choosing between the two, you must know what exactly you’ll use the laptop for, especially when you have a limited budget. Otherwise, you might spend money on features you don’t need.