The simple answer to the question “Do More Cores Mean Better Performance” is: NO! More cores do not NECESSARILY mean a better performance.

HOWEVER, there is more to it than that. You have to consider how old a certain processor and ESPECIALLY consider the series it comes from.

However, when you draw a comparison with a better overall series, then this does not hold true. For example, a Quad Core Celeron processor such as N4100 is less powerful than a Dual Core Core i3 processor.

With that said, let us now study this topic in detail.

Do More Cores Mean Better Performance According to Data?

Here we will look at some of the examples from the Intel Processors to prove that generally more cores do not mean better performance. At the same time, we will also try to highlight what really DOES matter for a better performance.

Let us look at some of the latest processors and their Benchmarks from various Intel Series.

For the sake of comparison, we will only use MOBILE based processors.

We will use the benchmarks from http://cpu.userbenchmark.com/.

Intel Atom are the least powerful Entry Level processors. Yet, this series has a large list of Quad Core processors.

This should already answer your question about whether more cores matter or not given that some of the recent i3 processors are only Dual Core.

Anyhow, the most powerful Mobile-Based Intel Atom processor is the Intel Atom x7-Z8750 processors. This is a Quad Core processors with 1.60-2.56 GHz of clock speed. 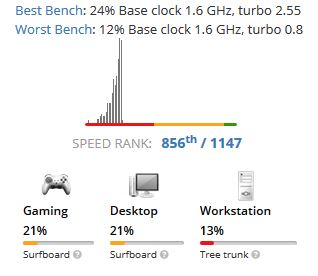 Despite being a dual core processor and despite having a slower base-clock speed as compared to Intel Atom x7-Z8750 processor, this processor outperforms by a small margin.

If you take the overall Benchmark results as noted by notebookcheck.net, then both processors are on equal footings.

The result is quite counter intuitive since on paper Celeron N4000 seems to be a weaker processor. 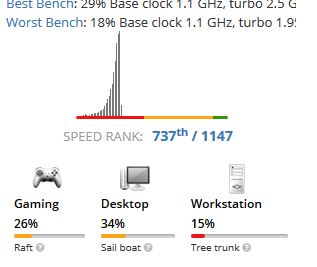 Note that, this too has a slower clock speed as compared to the Quad Core Intel Atom X7-Z8750 processor. However, in benchmark results, according to notebookcheck.com, it performs 13% better overall.

CPU.userbenchmark.com puts it a whopping 77% better performance results as compared to the Atom x7-Z8750 processor. 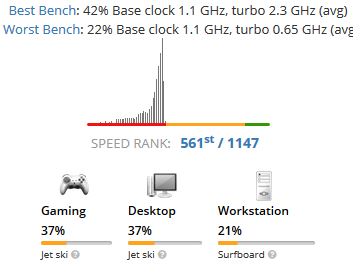 It is also worth noting that this processor significantly more powerful than the dual Celeron N4000.

They are all entry level processors and Celeron are just a notch above the Atom processors.

We can see here that it clearly does not matter. We saw that the Dual Core Celeron Processor is better than the Quad Core Atom processor.

We also noted that clock speed is NOT a good indicator either. Intel Celeron N4100 had a lower base as well as burst clock speed as compared to the Intel Atom x7-Z8750 processor. However, it outperforms the Atom processor by a big margin.

This is a pretty peculiar series. There are three MOBILE based sub series of processors here i.e N, Y and U.

On top of that, there is also a distinction between Pentium Silver and Pentium Gold processors, but you don’t need to worry about that for the purpose of the comparison here.

This a Quad Core processor with clock speed of 1.10 GHz to 2.70 GHz. This not a bad processor at all. In fact, if you want a fairly decent entry level laptop, this processor is highly recommended.

This is yet another Mobile based processor built generally for ultrabooks. This is Dual Core processor with hyper threading enabled. Meaning it has 4 threads in total. Furthermore, it has a clock speed of 2.30 GHz flat. 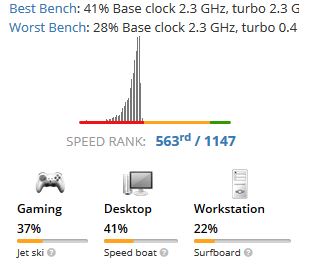 While the CPU.userbenchmark.com shows this to be a weaker processor as compared to the Intel Pentium N5000 above. Notebookcheck.net puts this processors at a 17% better performance rating.

While you can have a difference in opinion, the fact of the matter is that this performs almost as great as the Quad Core N5000 above. Again, this time the processor with a lower number of cores seems to take the cake.

In the Celeron section above, we had seen that Quad Core N4100 was better than the Dual Core N4000.

Here we see the opposite. The Dual Core 4415U is equal, if not better, than the Quad Core Intel Pentium N5000.

Therefore, again, Cores do not matter.

You may also be interested in: Difference Between Intel Atom, Celeron, and Pentium Processors

What DOES Matter for a Better Performance?

So we have established that more cores do not mean better performance. So what really DOES matter?

One of the biggest misconceptions about processors that people have is that all of their cores are utilized at a time.

That is hardly the case. In fact, it is quite rare for one application to use all of your cores at a time. Video editing and rendering is an example of a work scenario where more cores would be utilized at a time.

On the other hand, gaming is notoriously known to be only a Single Threaded application meaning it mostly uses only a single core.

Therefore, when you look at the overall performance of a processor, you need to look at a combination of its components.

Here are some of the things to be taken into account.

All in all, you have to look at the entire architecture of the processor.

In essence, every proceeding generation of processors upgrades the architecture so that it performs 15% better than previous one.

This is true for Intel Processors.

What Do More Cores REALLY Mean?

If more cores do not mean better performance, then why have more cores?

The idea behind having more cores has a lot to do with TDP rating and heat dissipation. Furthermore, more cores mean better multitasking experience. 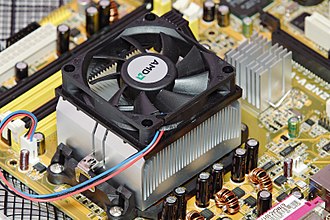 In order for processors to be compatible with hand held devices like smartphones, tablets and even slim laptops, you need a processor that STAYS COOL.

Heat dissipation factor of a processor is a huge when making slim devices.

A single core with a very high clock speed can run very hot. In fact, before multiple cores existed Pentium 4 was one of the most powerful single core processors and that ran excruciatingly hot.

Of course no body wants to carry around a huge smartphone with an active cooler fan attached to keep it cool. Therefore, smaller processor with low heat output are critical.

Carrying on with the heat dissipation idea, you have to consider the Thermal Design Power or TDP of a processor too.

Now a Core i7-7700 Quad Core processor has a TDP of 65W. On the other hand, the Quad Core Atom x7-8750 has a TDP of mere 2W. Therefore, logic entails that for extremely slim and mobile devices like smartphones, one would use the Atom processor.

Unfortunately, if you want to reduce the TDP, you have to reduce its clock speed, cache, integrated graphics, and almost every other aspect.

Where Do More Cores Fit In This Picture

A single powerful core has a huge TDP. Thus it would not only eat up power, it would also be burning hot on devices.

The solution is to divide the processor into cores. Having more cores reduces the stress on a single thread and divides the work load.

A single core really suffers when it comes to multitasking.

A single core has a single thread (considering it does not have hyper threading). When you are working on something, the thread is loaded up with the resources of that program.

Multiple cores, basically make the multitasking more efficient. While one thread is loaded up with your current program, the other thread could be running your background applications. This way, no single thread is being overworked.

Not only does this mean cooler running processors, but also means a better, smoother, and lag free performance for the user.