Desktops have been around for much longer than laptops. If you spent your childhood in the 90s, you will recall that if someone talked about computers, then only desktops would come to mind.

Laptops were in their infancy in consumer market and generally owned by wealthy businessmen who did quite a bit of traveling.

To this date, desktops are going quite strong. The question is, what has allowed the desktop market to exist in this day and age of portability?

We will find out the reason while we list the desktop pros and cons.

Here, we are going to discuss the desktop pros and cons.

So let’s start with the good points; the Pros and then move on to the Cons.

Pros of a Desktop

While there is a small niche market for compact desktop, most customers are no too concerned about their size.

In fact, for enthusiasts and gamers the more space they have for components, the more desirable they are for the power users.

The motherboard is placed inside along the length of the casing to one side, with its mounting screws attaching to the casing side.

Alongside the CPU, RAM and ROM, the motherboard is equipped with standard slots in multiple counts for attaching various components/adapters like for sound, graphics, communication etc. that can be bought separately.

There can also be slots plenty of PCIe slots for connecting myriad of components. Whether you want you graphics card in double or triple configuration, you can do so with a desktop.

There is also a power supply which connects with the AC mains and provides multiple power outputs for the various components and the motherboard.

Desktop casings come in many sizes and designs but the emphasis in any case is on appearance or the count and quality of the components inside.

Spaciousness also allows air to circulate freely inside the casing and provides good cooling with the help of heat sinks and fans. As such, the components are not bottlenecked due to heat.

As you may know CPU throttling is a phenomenon that occurs when the core temperatures rise too high and the CPU has to throttle down its clock speed. 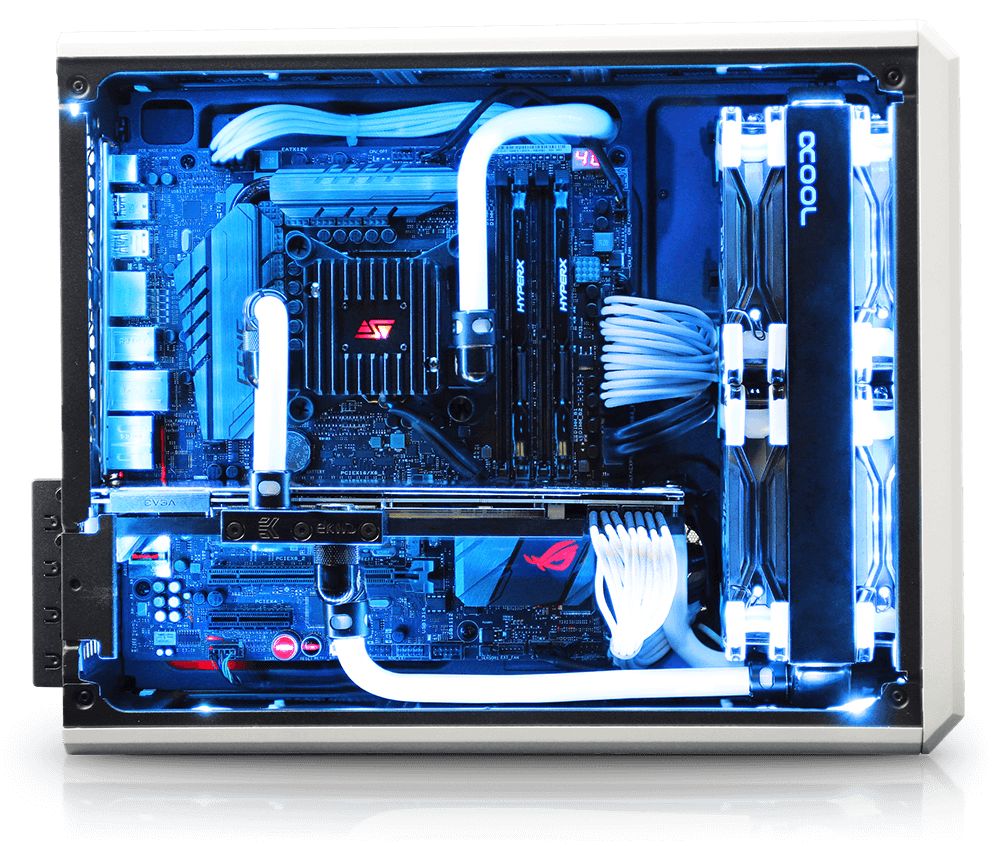 Desktop computers are very easy to upgrade because their architecture is designed in that way.

The desktop has various standard slots (PCIe Slots) for adding any compatible component.

In general, the motherboard make and model decides to what extent the desktop is upgradable.

All you need to do is simply determine whether the upgraded component is compatible with the installed hardware or not. There are almost countless combinations of components possible in the desktops.

You can even change the motherboard to allow for better upgrading options.

You can add a liquid cooling solution, RGB lights etc to make your ultimate desktop.

Desktops are far more configurable as compared to other devices.

From the choice of hardware combination you choose to internal tweaking. All can be achieved.

Whether you want to overclock your processor, or play around with your RAM and graphics card settings, the desktops give you a lot more room to experiment and configure the environment to your liking.

The desktops are generally desired for greater performance.

Since there is little restriction on the space available in desktops for components, they can be setup with components which provide maximum performance.

There no restriction on the available power in desktops.

The power supply output determines it and not the input from the mains. So, components with high performance can be comfortably installed.

The only concern with high performance components is their tendency to heat up more, but fortunately, desktops have far better heat dissipation solutions as compared to portable devices.

The hardware components installed in a desktop can have as much higher specifications as you need or desire.

Whether it means more tolerant, robust and durable components or components having high performance, the desktops can accommodate them.

The one thing to note here that a component for a desktop is almost always more powerful than the same priced component in a laptop.

Note only does an average desktop processor have more clock speed, it also offers more cores.

You can see this below. 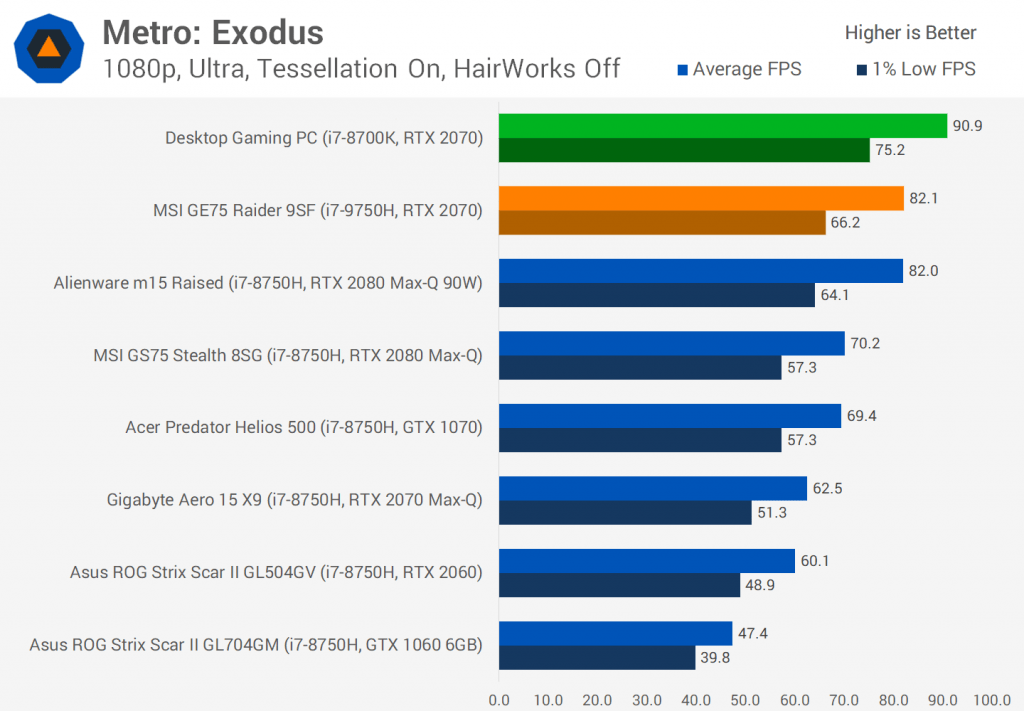 The desktop hardware is more economical as compared to mobile computers like Laptops.

Anything smaller than a desktop or anything requiring portability naturally requires you to pay a premium for its design.

Of course, by economical we mean that if you were to spend $500. On a laptop, the most powerful CPU you would expect is an Intel Core i5-8250U processor – “U” processors being weak but batter saving.

On the other hand, on a desktop, you can expect a much a powerful Intel Core i5-9400 processor along with more RAM and even an SSD.

You can learn about this here 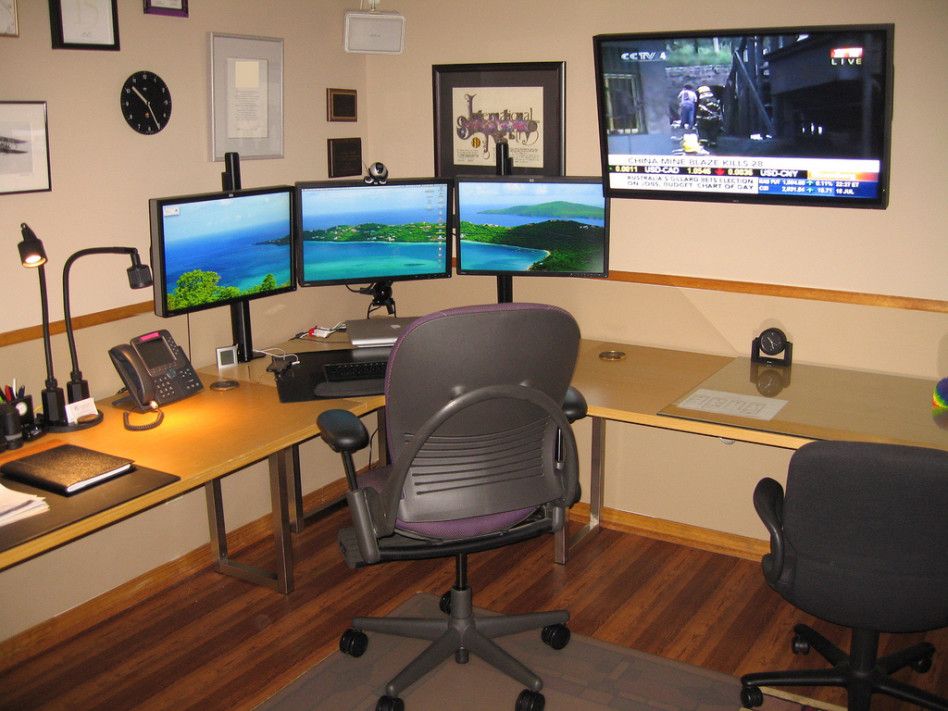 The desktop can be fitted with multiple screens, customizable keyboards, USB hubs etc that you feel more comfortable with.

There is literally no restriction to the comfort you can get with desktops.

The more “ergonomically” designed keyboards and mouse as well as larger screens enhance your comfort factor for work and entertainment.

Cons of a Desktop

The primary drawback of desktops is that they are not at all portable.

The desktop chassis can be rather heavy and it is connected generally via various kinds of cable with all the peripherals.

The hard disks generally used with desktops are not optimized for shocks because that is not related to the way desktops are used.

If you wish to simply shift the desktop from one table to another, you will need to power down the system, disconnect all the various cables and shift the casing and other hardware separately to the other table and then reconnect the cables.

Of course, the new location for the desktop must have a power outlet available and large enough desk. Otherwise you might as well have not shifted.

Desktops are noisy because of the large and high rpm fans used in them.

The fans are needed for cooling and are a must. Although newer fans are designed to be less noisy, the noise level is still noticeable and very unsuited for professional audio recording areas.

This can be eliminated with water cooling solution.

The desktops can be equipped with many different combinations of hardware components.

These components could be from different manufacturers.

Then, all the components are connected in a standard way to the motherboard.

Unfortunately, this also means that the specific components are not completely optimized for working together.

Of course they are compatible by their specifications, but to achieve a fault tolerant configuration, you may need to try various combinations and then see which proves to be most stable.

Desktops are not about space. They are about performance and productivity.

Hence, they tend to have a scattered setup. The keyboard, monitor screens, mouse etc. are all physically separate from each other and from the desktop casing.

You have to have a proper table and chair combination alongside adequate environmental temperature and an electricity supply outlet available.

Much of the times, the screens have their separate socket for connection of electricity, so multiple electrical sockets are required.

5. May or May not have Wireless

It is less common for desktops to have wireless network connectivity.

It is not unusual but since desktops are meant to operate in one location, a cable connection to the network is preferred.

The cable connection is also preferred because it allows for much faster speeds and a very stable connectivity. Hence, allowing wireless connectivity can mean adding an external network adapter that is connected via USB.

The location and direction of antenna determine the quality of the wireless connection.

Generally, the antennae are located along the front side or the back side of the casing and need to be connected via a longer cable so that they can be brought up on to the top of casing for better signal reception. 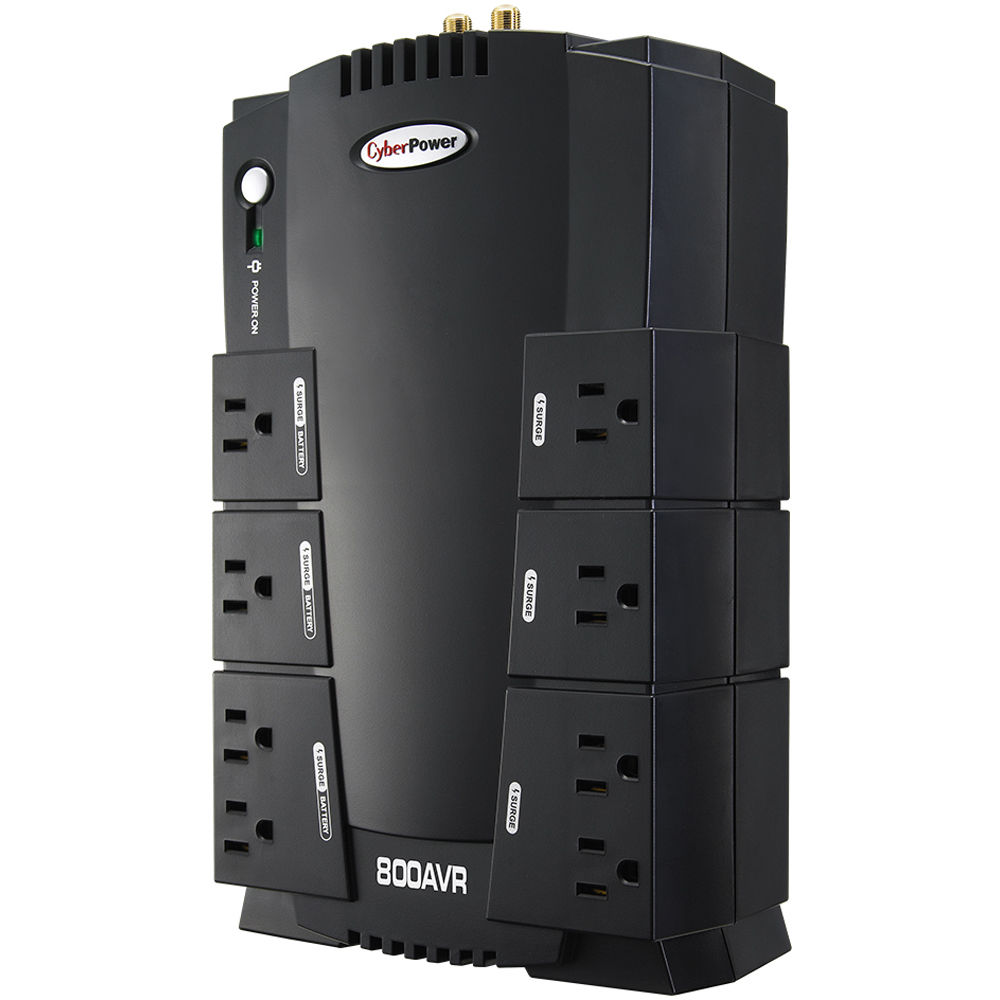 For safety, you can invest in UPS

The desktops accept AC power from the mains and that’s about it.

So what if the power goes out? Obviously, the system will shutdown immediately which is very harmful for the system in the long run.

Computers are always required to be powered down in the proper prescribed manner otherwise there is a great tendency for the system to develop faults in it.

The solution is to arrange a separate Uninterruptible Power Supply having at least a battery backup of 5 minutes, so that there is enough time for the computer to be properly shutdown.

UPS devices are quite expensive and may require periodic maintenance. Their cost also goes up with higher battery backup.

In countries where power outages are common, such power management is essential for the safety and durability of the desktop computers. This of course adds to the cost of the computer.

Compared to laptops, the desktops consume much more power.

On top of that, if you building a gaming rig or a workstation grade desktop, then you power consumption can reach sky high.

Although TDP isn’t exactly the measure of the power rating, it gives you an idea about the max power consumption of a particular component.

The higher power consumption can be an issue in countries where power tariffs are high.

Also Read: What is TDP in CPU?

Here we looked at some of the desktop pros and cons.

While desktops do have their advantages, they are generally suited for office, gaming and for workstation related tasks.

They are also less expensive to procure. However, their operating cost can run higher than laptops and other portable devices.

In the end, it all boils down to the following question: do you want portability of a laptop, or do you want the high performance of a desktop?