Both of these components have many similarities, but they have some key differences that change how fast they process information.

CPU rendering is the industry standard, but GPUs are closing the gap in massive steps thanks to innovation in graphics processing and infrastructure. This is why grpahics cards have become the defacto component used in high-intensity deep and machine learning.

In this article, we are going to pick apart the CPU vs GPU rendering argument and give you the cold hard facts.

What Is CPU Rendering?

CPU rendering is what happens when an image is rendered solely using the capabilities of the CPU. Your CPU can perform vast numbers of different calculations and tasks every second simultaneously compared to a GPU which has the ability to focus everything much more directly on one task.

Your CPU can be comprised of up to 24 cores that work independently from each other, like 24 individual brains. CPU rendering has always been popular due to the fact that you don’t have to fork out hard-earned cash on an expensive GPU if you already have a capable CPU.

The main advantage of using a strong modern CPU is the ability to leverage multiple cores for better performance. CPU’s excel at this and will make certain complex tasks much easier. For this reason, processing 3D scenes is usually done via CPU rendering.

Even the best GPUs on the market tend to come with a maximum inbuilt memory of 12GB. While this may be overkill for things like gaming, photo and video editors pushing their machines during intense tasks will find that you max this out very quickly. CPUs can take advantage of much higher amounts of RAM. This cache memory proves to be very important for rendering. High-end design rigs might have upwards of 32-64GB.

Graphics card drivers are notorious for causing bugs and crashes. With regular updates, you might not notice that your drivers need replacing, or there may be bugs in the latest patch. When this happens, there is a good chance you are going to run into rendering issues at a later point. CPU architecture is much more stable and will not crash unless the part overheats.

CPUs provide incredible levels of quality and precision. If you are looking for the maximum possible quality, to push the boundaries as far as possible, getting a CPU with the right amount of speed is definitely the way to go.

Adding more computers as a rendering node for intense work is much easier with a CPU-based system as you will avoid having to purchase multiple licenses like you would with a stacked GPU system. 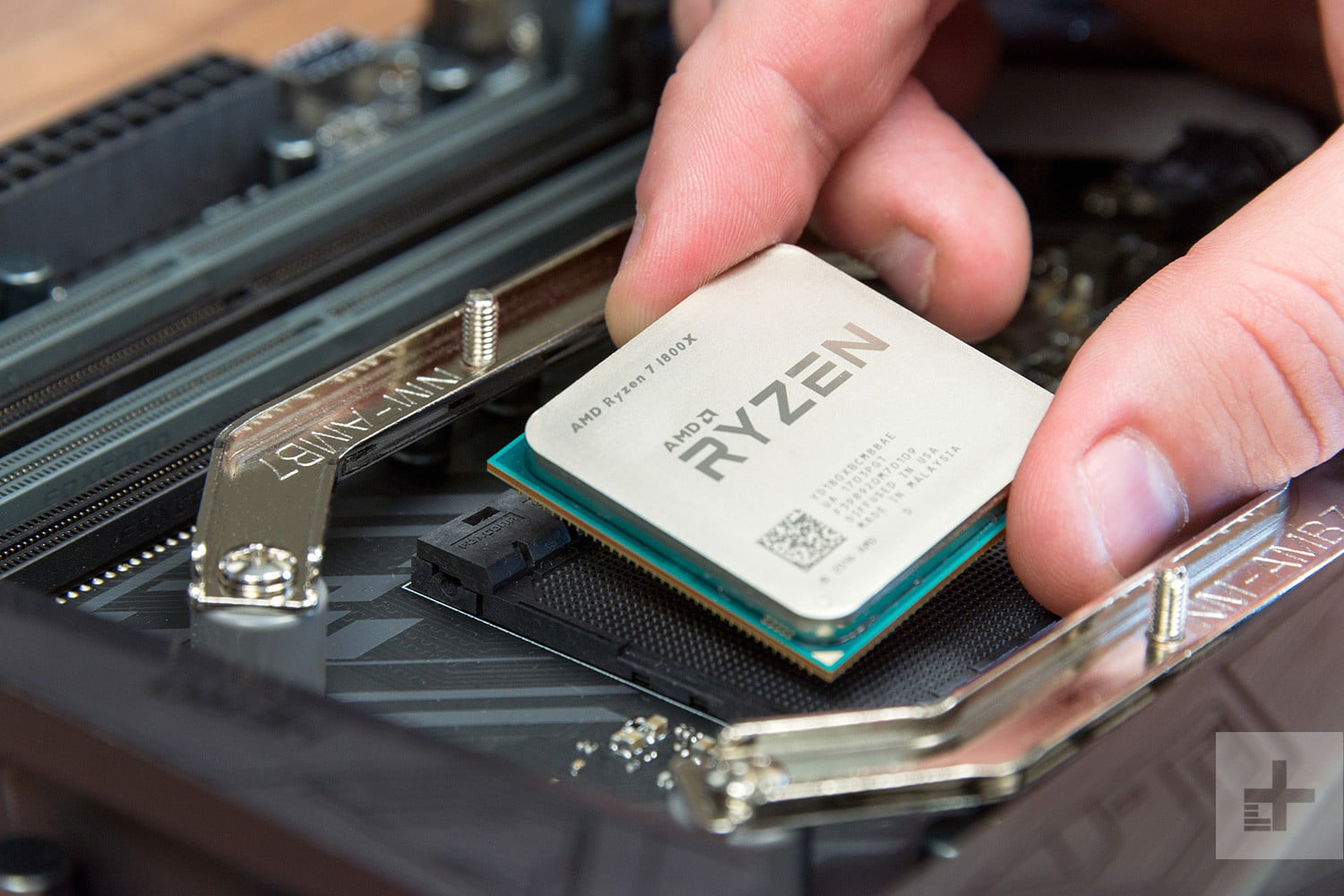 What Is GPU Rendering?

GPU rendering utilizes your graphics processing unit instead of your central processing unit in order to drastically increase the speed at which you can render sharp images. This is good for applications that require a considerable amount of images to be rendered, and you don't want your CPU to struggle under the workload.

GPU rendering is utilized in a number of applications. These include GPU-accelerated analytics, neural processing of graphics in gaming, 3D virtual reality, artificial intelligence innovation, and high-end deep learning.

One of the reasons GPU rendering is so popular is that the technology is extremely quick, and innovation is happening at an unprecedented rate. As a result, GPUs have the potential to outperform CPUs when it comes to pure speed. Compared to the old rendering system that could take hours, high-end graphics cards can have the task done in minutes. This is especially helpful for photo and video editors, as well as graphic designers.

You can produce extremely high-quality designs by installing multiple GPUs. This is a lot cheaper than forking out money for things like expensive CPU farms.

Every computer part comes with associated costs for repair, replacement, and maintenance, especially when they are being used in a commercial work-related sense. GPU-based solutions are much more flexible. You can add additional GPUs without worrying too much about the heat and electricity cost that you will get by stacking CPUs.

GPUs have become so advanced heavily due to the fact that they are used in high-end gaming applications. They are also used in deep learning and mining operations. These two fields bring a tremendous amount of money and innovation into the space.  Some of the newest GPUs coming out on the market are ideal for running a mining rig.

In terms of gaming, GPUs are incredibly capable of producing life-like images and physics like shading and lighting. 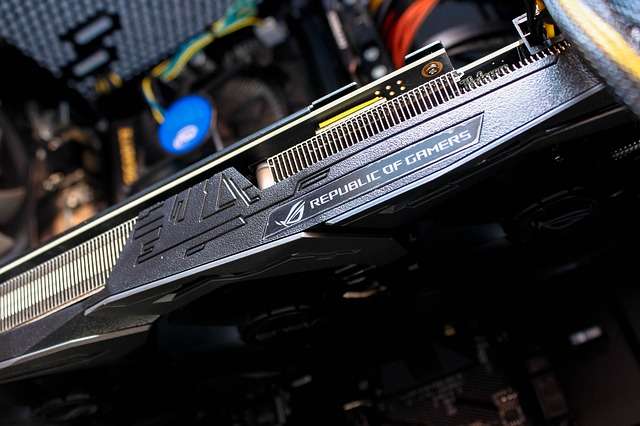 CPU Vs GPU Rendering: Key Differences & Which Is Better?

Both CPU rendering and GPU rendering are very similar. The main difference is the hardware. The best one will depend entirely upon your specific needs.

The first factor we are going to look at is the speed factor. With your CPU, you have a limited amount of physical and virtual cores. This makes it extremely powerful at destroying processes one at a time. On the other hand, your GPU has many more less powerful cores that work better together to produce a faster result.

GPUs have come on massively in recent years, and with extremely high processing speeds, power, and bandwidth, a GPU is a way to go if you want speed.

Winner: If blistering speed is your main focus at work, GPU-based rendering is the optimal solution.

Rendering is a complex process that requires time. Sometimes this can be seconds, sometimes hours, sometimes even days to finish. Therefore, CPU rendering is the superior pathway when you need the absolute best, the highest quality possible.

Although there are fewer cores in the CPU compared to the GPU, they are much more powerful and, when they are put to work together, are much more potent at delivering ultimate quality content.

Winner: If time isn’t an issue and you want absolute prestige in terms of image quality, CPU-based rendering will net you the best results.

One of the most significant factors for people who use technology for work is the cost of buying, maintaining, upgrading, and replacing expensive hardware. GPU-based workstations are much more cost-effective compared to CPU-based ones.

GPUs are also more cost-effective when they are used in tandem compared to a CPU farm with multiple CPUs. They also use less electricity and produce less heat, massively important things to think about.

Winner: If you do not need the raw power of a huge CPU render farm, a GPU-based system will be only a fraction of the cost and will do an excellent job.

In specific scenarios, like VFX and animation, it can take vast amounts of time to set up a full scene with modulated lighting. This is usually done in a software viewport. Graphics cards are superior when it comes to powering viewport performance. This gives designers the ability for real-time viewing of their models and manipulation.

With a strong enough GPU, you can even work in a fully rendered viewport. This will raise productivity massively.

Winner: Working with a GPU-Accelerated machine in real-time-based scenarios is by far the superior option.

Which GPU is best for rendering?

Currently, the RTX 3090 is the best performing card on the market. The RTX 3090 provides the ultimate performance in V-Ray and comes equipped with a massive 24GB of memory.

Which CPU is best for rendering?

The Intel Core-i9 9900K as the best 3D rendering CPU on the market right now. We recommend purchasing an i9 laptop if you plan to do a lot of rendering.

Is i7 Good For Rendering?

The i7 is the second strongest range of processors made by Intel. It is extremely capable, especially if you get the newest generation. The only improvement is the Intel i9, which is much, much more expensive.

Is Nvidia, Intel, or AMD better for rendering?

Nvidia only produces graphics cards, whereas Intel and AMD make CPUs. When it comes to Intel Vs AMD it depends on what you're looking for. Intel makes the best CPUs, and Nvidia makes the best graphic cards, so pick depending upon your tasks.

Now you have all the facts, you know it isn’t quite so simple as saying CPU or GPU processing is superior. Both have their benefits and cons, and the best option will depend on your specific needs.

For the gamers and people who are looking for a blisteringly quick rendering of vast numbers of images, GPU rendering is the way forward.

For those who are after the cutting edge, the most advanced high-quality image rendering available and do not mind waiting longer for the rendering, CPU-rendering will be the best option.