The best Intel processors for home use are quite budget friendly and get the minimum job done fairly well.

A typical home related work on PC is fairly trivial. It involves using some of the least demanding applications such as word processing, media players such as VLC or using internet browsers like Google Chrome.

Therefore, we will cover the most basic processors from Intel here because we assume that your typical home related work doesn’t demand a lot of processing power.

The Best Intel Processor Series for Home Use

In short, we will be interested in looking at two budget series from Intel

We will use the benchmark results from http://cpu.userbenchmark.com for the results that we show here.

For Home Use Desktop

For Home Use Laptops 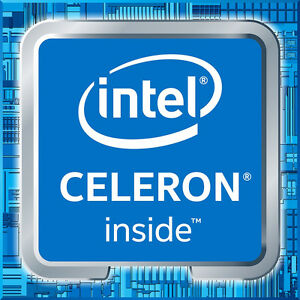 Intel Celeron processors are entry level processors for Desktops as well as Laptops.

These processors are great for creating a home PC on a budget.

The Desktop Celeron processors, especially the G series, are outstanding for home use and in all honesty, they too are an overkill for simple internet use, document writing or watching movies.

Let us a look at this series in depth.

There are three sub series and they are as follow:

If you want a budget laptop for home use then you can look into Celeron N4100. This is a fairly basic processor that should be able to handle most of the day to day software with ease.

The Celeron N4100 may show limitations when doing heavy multitasking and it will most certainly buckle on heavier software such as editing software.

Therefore, we recommend that you evaluate your day to day home use fairly. Do not buy this processor expecting wonders. 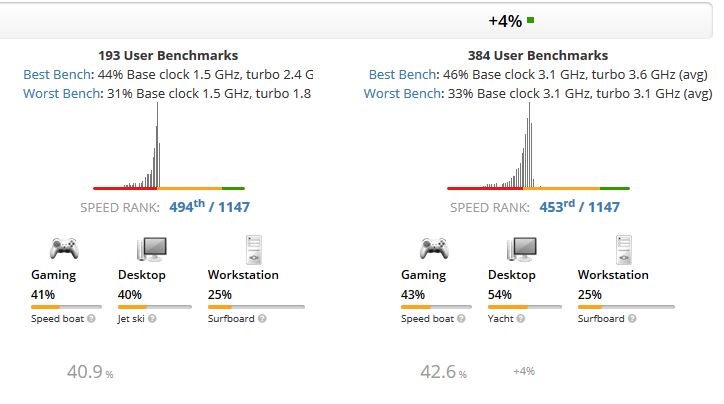 If you are on a budget and want a fairly respectable desktop based processor for normal home use, then we recommend the G4900 (see benchmark above).

Despite being a dual core processors, it should be able to handle almost all of the basic work seamlessly without any frustrating lags in between.

While this quad core processor is quite reasonable for home use Desktops, we do not recommend it since it costs more than twice the Celeron G4900 and has a marginally lower performance as well.

Why is that? This processor is basically designed for compact PCs that do not have the ventilation of a full fledged CPU chassis. This has a TDP of 10 W compared to 54 W TDP of G4900.

Intel Pentium is one of the most confusing series out there. Logic would have it that the Intel Pentium would be a notch better than the Celeron series.

While that is true in most cases, There are some processors in the Intel Pentium Series that are almost as weak as the Intel Atom processors too.

Here are the key sub series and their purpose.

We will disregard Intel Pentium Y and Pentium U processors. You seriously do not want them if you want a comfortable lag free experience.

So if you are looking for the best processor for home use for laptop, then Intel Pentium N5000 is highly recommended. This is a quad core processor with 2.70 GHz. On top of that it also has a surprisingly low TDP of only 6W.

While Celeron N4100 may show lag occasionally, the N5000 should provide the most seamless home experience.

As far as the laptop goes, this is one of the best Intel processors for home use 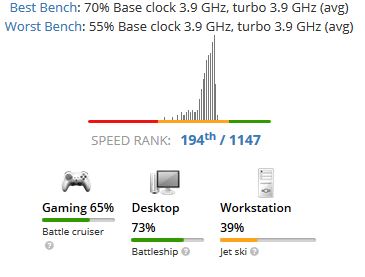 This is a significantly powerful Intel Pentium processor and a respectable processor overall in the entire market.

While it is capable of performing all sort of home related work, it can also support low level use of heavier software.

Compared to the Intel Celeron G4900, this is significantly better and therefore, for home use Desktop, this is the best Intel processors for home use

What About the Intel Atom Series?

We do not recommend Atom processors for laptops and desktops UNLESS you are extremely tight on budget.

These are generally built for low cost system for people who want to experience Windows OS at the cheapest possible rate.

They also find their uses in embedded systems and other mobile devices like smartphones and tablets.

However, for an average home use as we know it, the Atom processors are certainly not recommended. We do not want to suggest a processor that will cause you frustration in the long run.

What About the Intel Core Series?

If you thought that the Core series were the best Intel Processors for home use, then you thought wrong or perhaps you have a different definition of what home use is.

With the current generation (8th), the Intel processors have certainly become fairly more powerful than their predecessors.

For example, the basic Core i3 from the 7th generation i.e Core i3-7100 only featured 2 cores. However, the latest Core i3-8100 is a quad core processors.

Therefore, the Core i3s of the current generation have certainly become an overkill for basic home use.

As far as Core i5 and Core i7 are concerned, they are way too powerful for your basic home use. Therefore, we would not recommend those at all.

When Does Getting Core i3 Become Justifiable

There are two cases in which getting a Core i3 does become justifiable.

1. You Will Be Using an Editing Software

If your home use will ever involve casual editing/designing work and if you ever think that you will need to use Adobe Premiere, Adobe Photoshop, AutoCAD or the likes (at a casual level) then getting a Core i3 becomes justifiable.

There is on caveat though, if you just tweak your photos around a bit, like putting filters etc, then that can be done online as well. You can use online services like Canva, Picmonkey etc to do minor tweaking of your picture. In that case, Core i3 becomes irrelevant.

A few years back, I would have recommended a Core i3 for an entry level system in a heart beat because the Intel Pentium and Celeron processor were just too weak for a comfortable performance.

However, that has changed now. Not only have Celeron and Pentium processors improved, the Core i3s have become an overkill for normal home use.

2. You Are Getting a Laptop

In that case, getting a Core i3 becomes justifiable.

HOWEVER, Core i3 itself has different sub series. So you have the H sub series and the U sub series.

The H processors, i.e Core i3-8100H are quad core processors and they certainly are an overkill.

The U processors, i.e Core i3-8130U are dual cores processors with hyper threading enabled. You can certainly look in to these.

Therefore, whether it is justifiable or not depends entirely on your budget. Core i3 U are great processors and they usually come equipped with fairly well balanced overall configuration, however, they are expensive.

Choosing the Right Processor is Imperative

We do not recommend investing on something that you would never use to its full potential. Therefore, the best Intel orocessors for home use do not have to expensive or top of the line processors.

The money saved on internal components can be used in getting better peripherals like a good and a comfortable keyboard and a mouse. These can go a long way in improving your overall experience. Many average buyers disregard the notion of getting comfortable peripherals.

There is literally no comparison in performance. The Desktop processes are way too powerful compared to their laptop counter parts.

This is the case with all series be it Celeron, Pentium or the Core series.

Our most recommended and of the best Intel processors for home use is the Pentium G5600 and that is desktop processor. The laptop Pentium processor doesn’t even come close in terms of performance.

This is mostly due to the reason that the laptop processors run cooler and they have a low TDP.

Low TDP means slower clock speeds. Desktops usually can have faster processors because they have a much better ventilation and they do not have a battery to worry about.